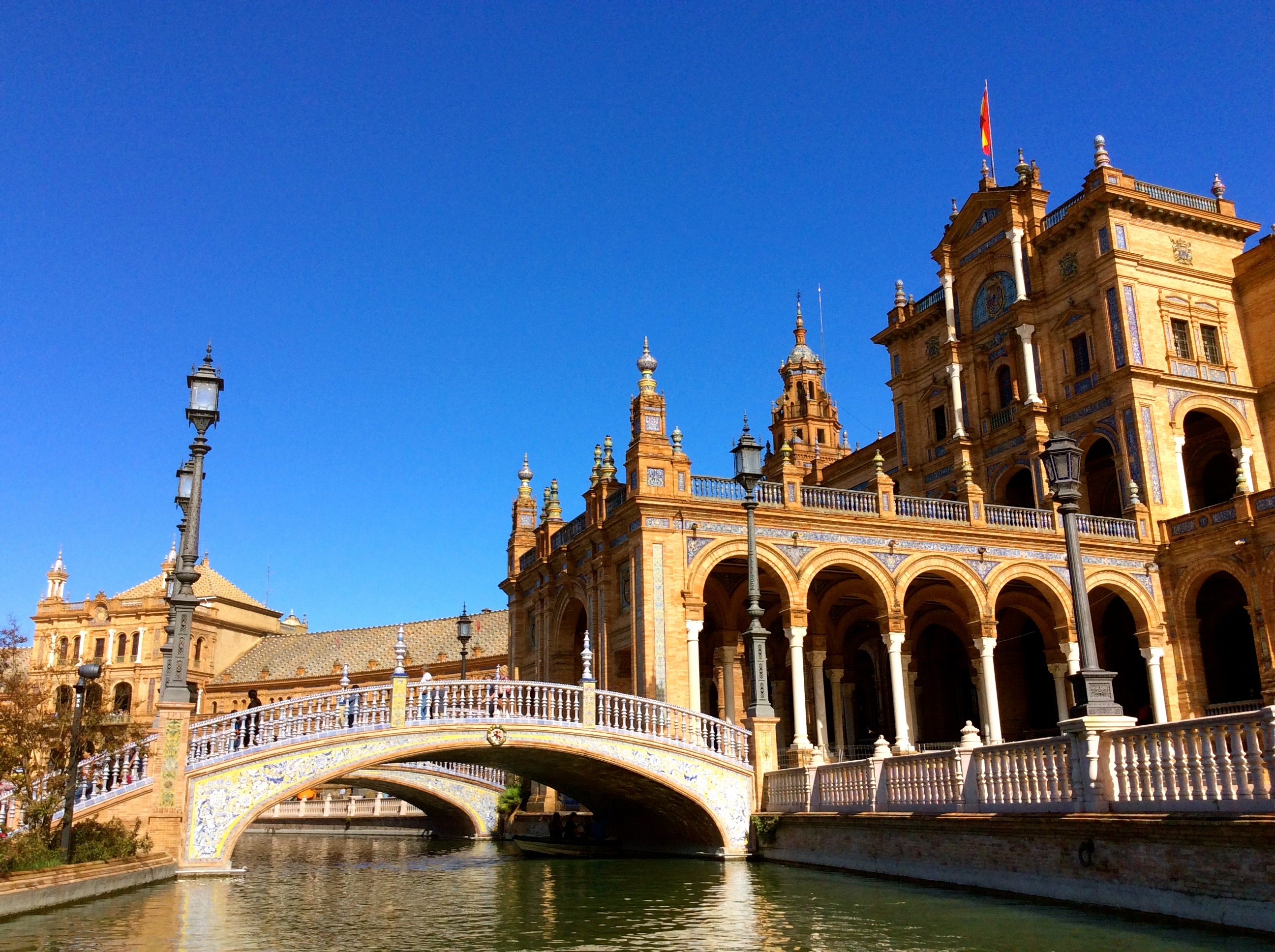 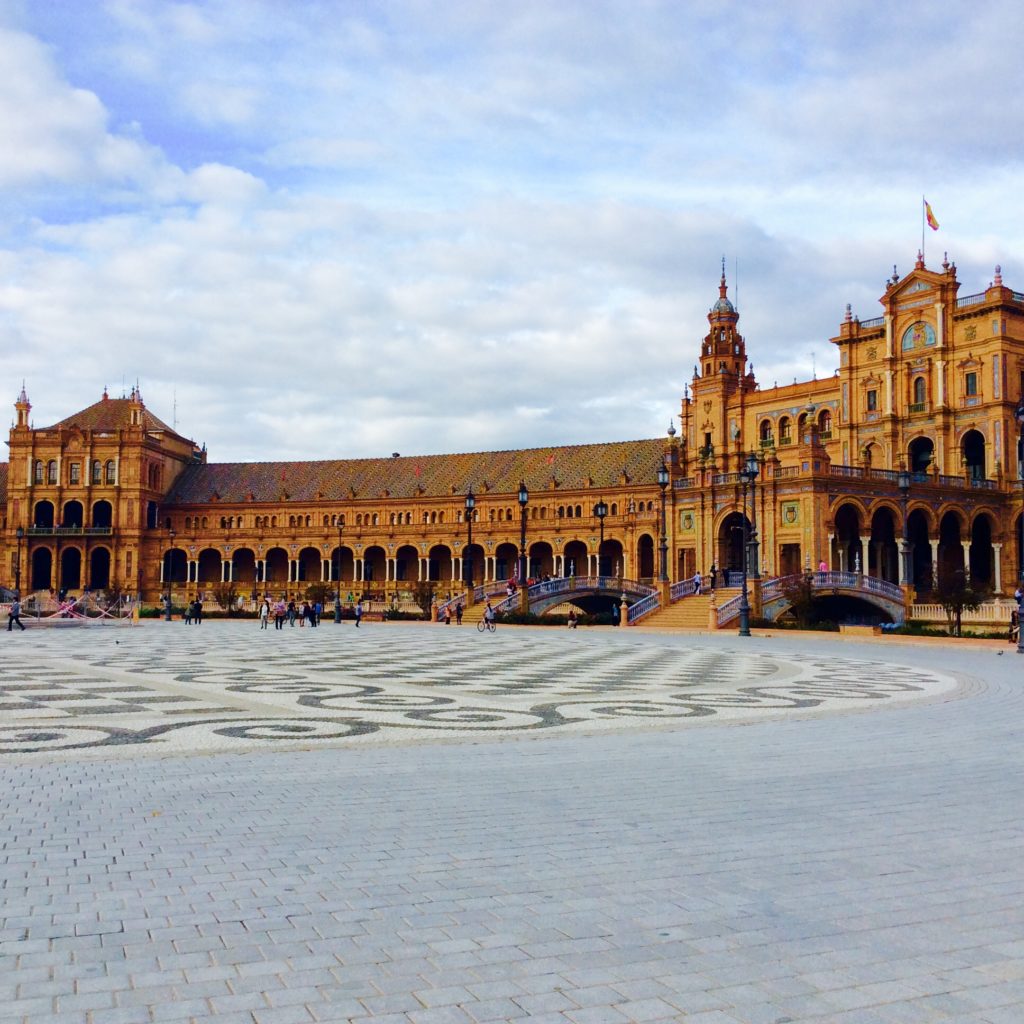 Sevilla is located in Southern Spain. We flew into to Sevilla from Barcelona and then took a train from Sevilla to Madrid. It is a smaller city than both Madrid and Barcelona, so there are less flights to pick from.

Since Sevilla is smaller, it’s pretty easy to get around everywhere on foot. We did rent bikes for an afternoon, but did not feel that we needed bikes to get around.

If you are a traveler that likes to be near all the main attractions, then stay near the cathedral as it is centrally located. If you are someone who likes a quieter, less central location but still accessible to them by foot, consider staying right across the river in Triana or Los Remedios. If you want to be near the busier shopping areas, stay  near Iglesia del Divino Salvador. This is more commercialized and busy, but accessible to Sevilla sites by foot. 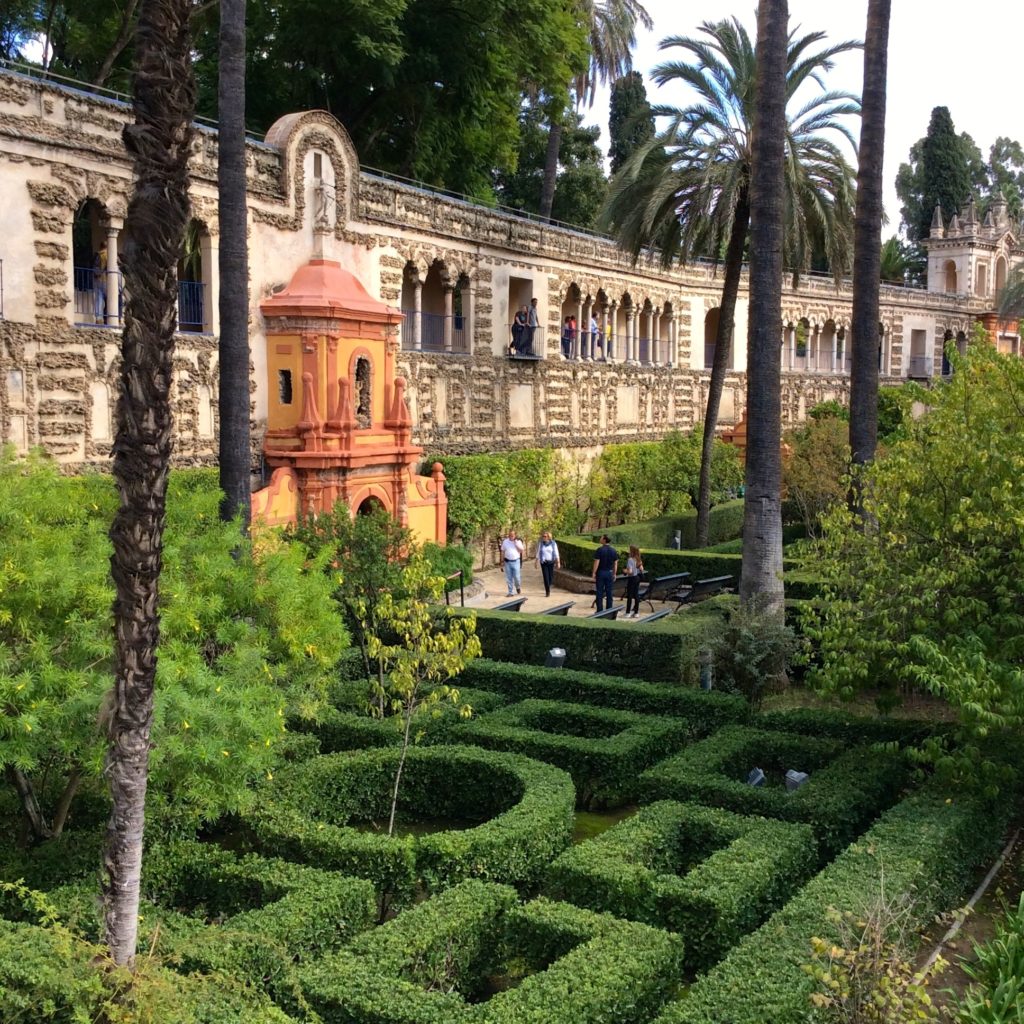 Check this plaza out, it’s gorgeous! This was built for the world’s fair when Seville hosted it. We rented row boats for 35 minutes for 5 euros just to row around the little canal. I loved this plaza.

This is where my friend studying in Sevilla went to school. We didn’t go inside but the outside of the building is very nice.

Here there are gardens and some buildings, don’t have a better way of explaining it. It was so cool though, I loved this and would highly recommend going in. It was only 2 euros with a student ID and valid picture ID (passport copy worked fine).

Outside is very grand and worth seeing. Inside is nice as well. There is a giant organ and the area around the alter is very gold. As a student you pay 4 euros. This also includes the Giralda bell tower so you can go up and get a nice view from the top.

We went to a show at a small place called Casa de la Memoria. We had to reserve in advance but we did it the same day. The show was an hour and it was a great cultural experience.

This is an area where there is a large modern structure.

A very nice park to walk, run, or bike around in. It is next to Plaza Espana

We rented bikes for 3 euros for an hour. (It was so worth it and we could’ve used them for longer. Not the easiest to bike around people in the heart of the city, but nice along the river and in the park.

Just a small tower near the river

More of a market for locals to get groceries

Glass building with a bunch of different places to get food, definitely good for snacks or lunch. It’s along the river 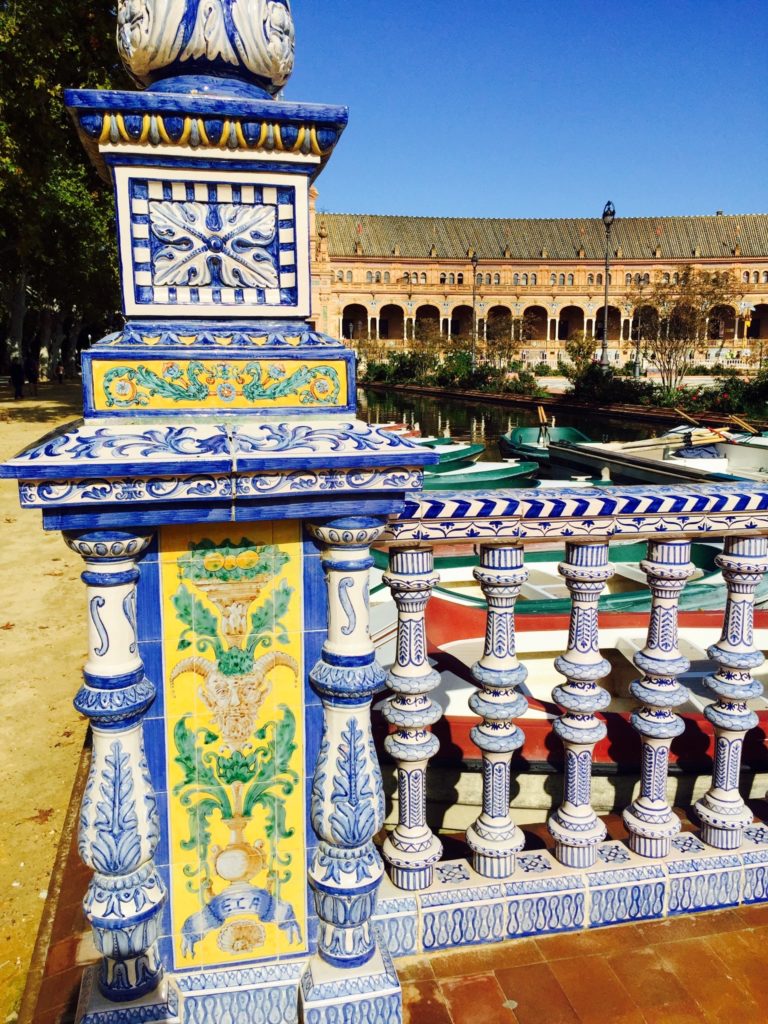 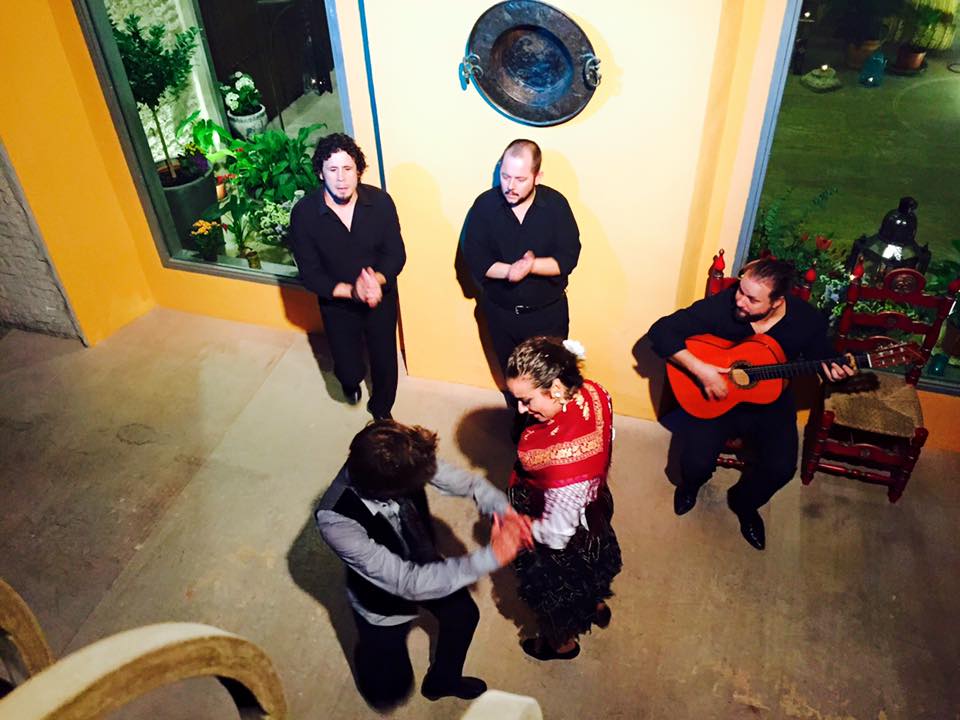 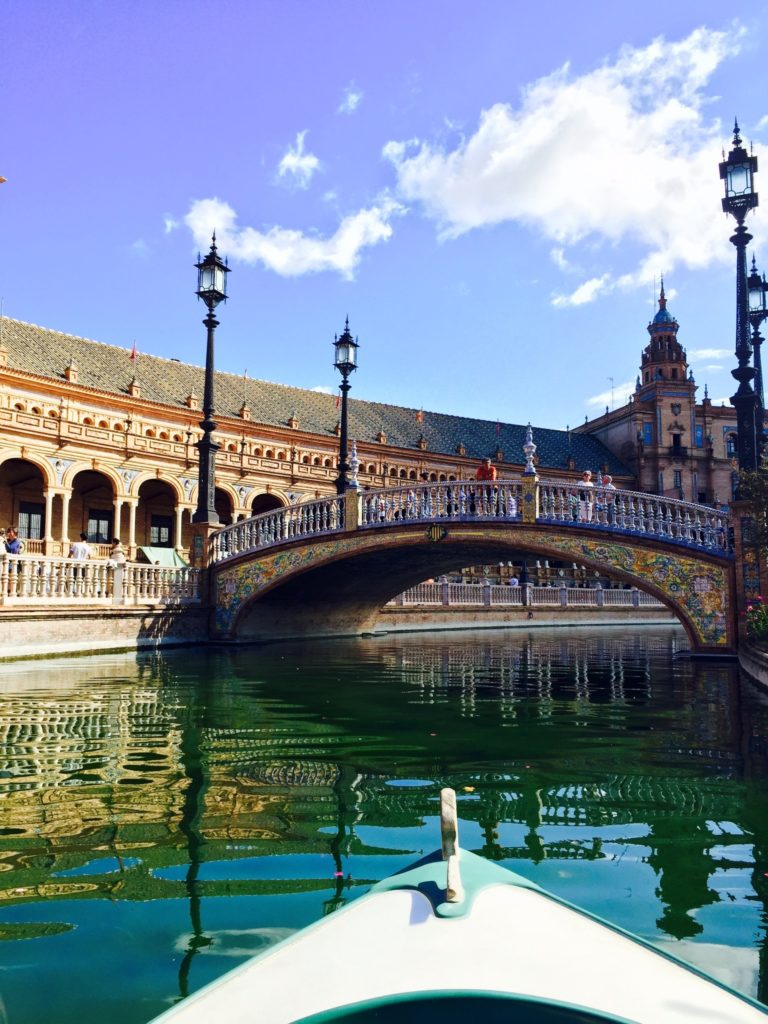 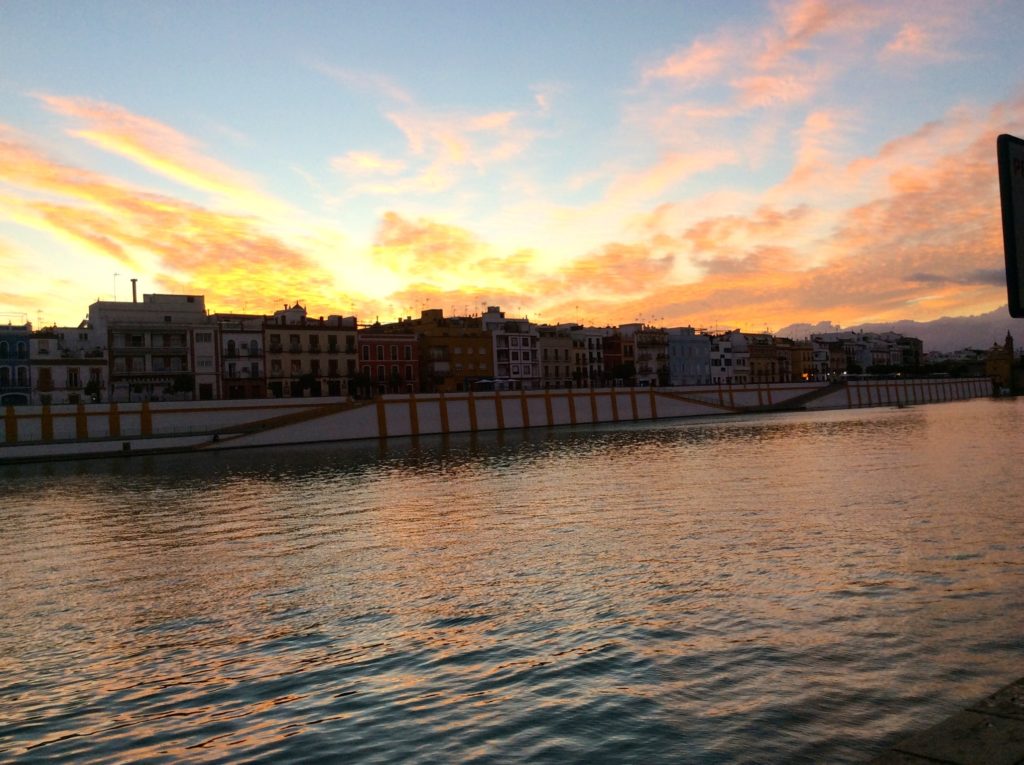 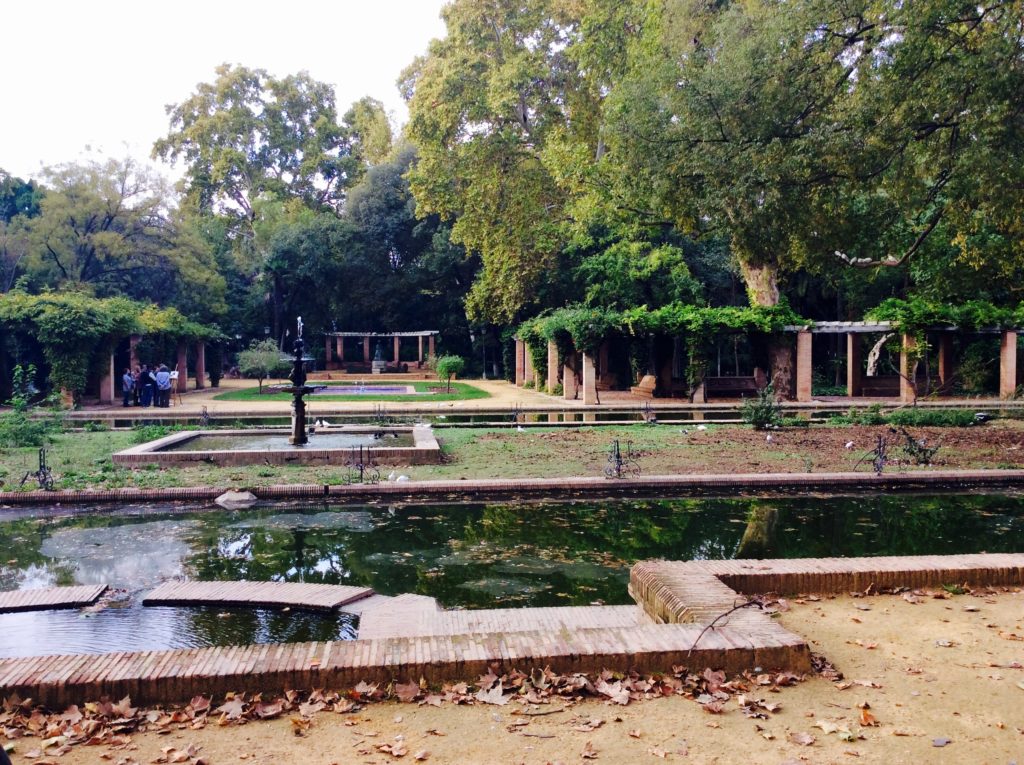 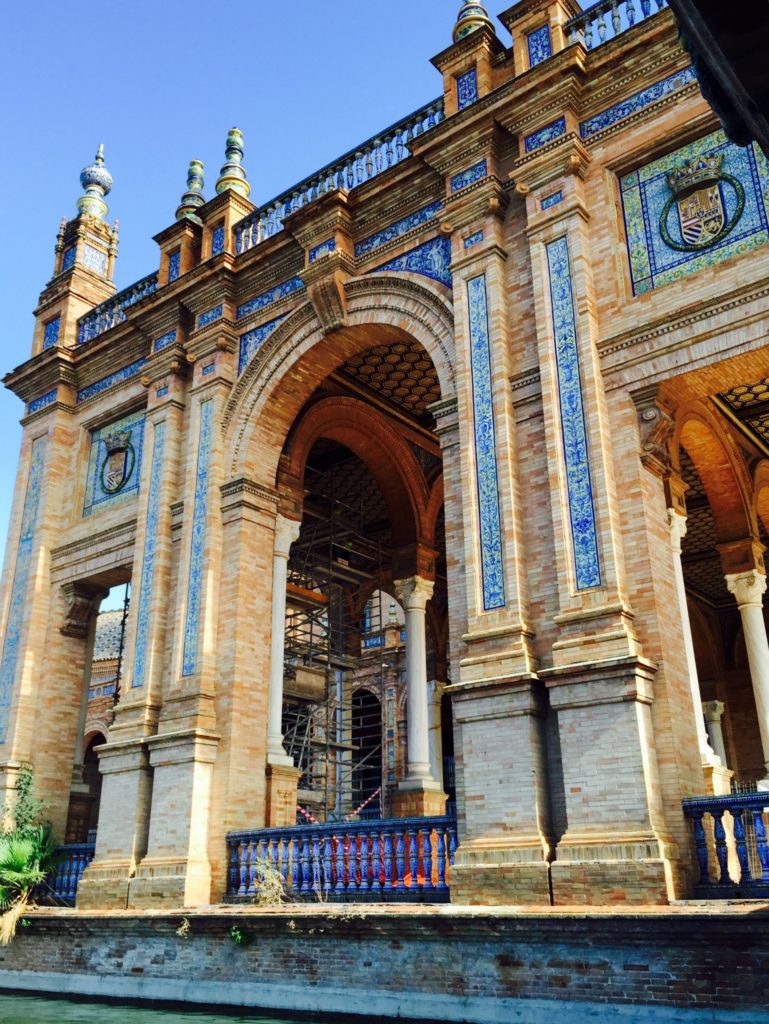 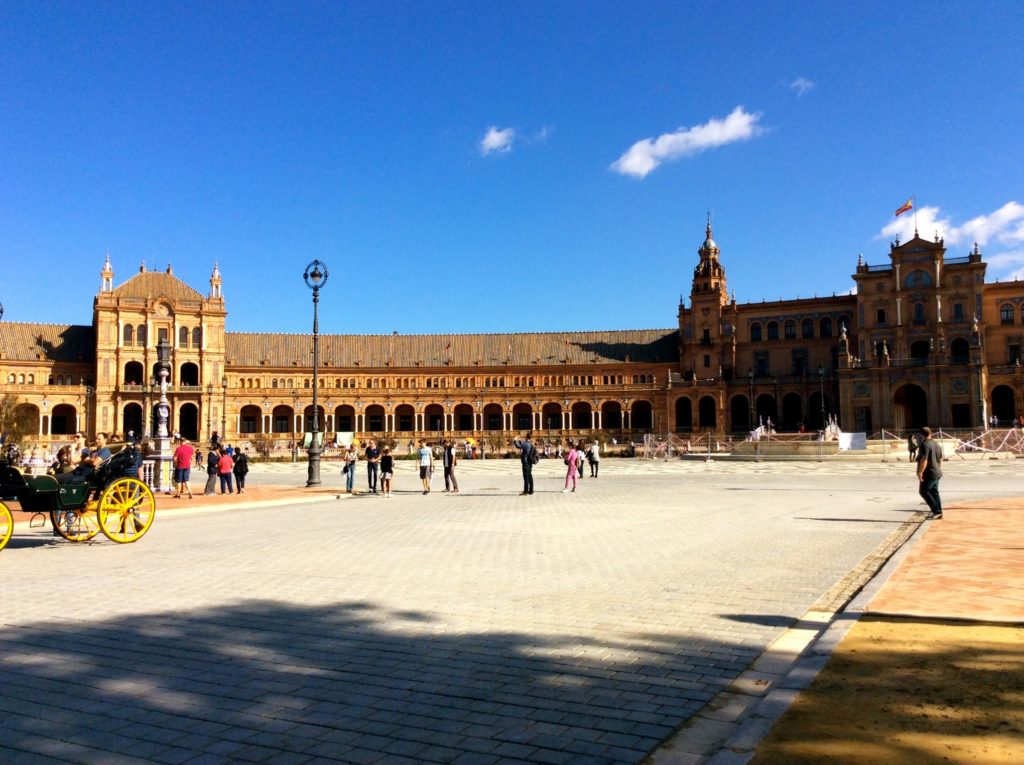 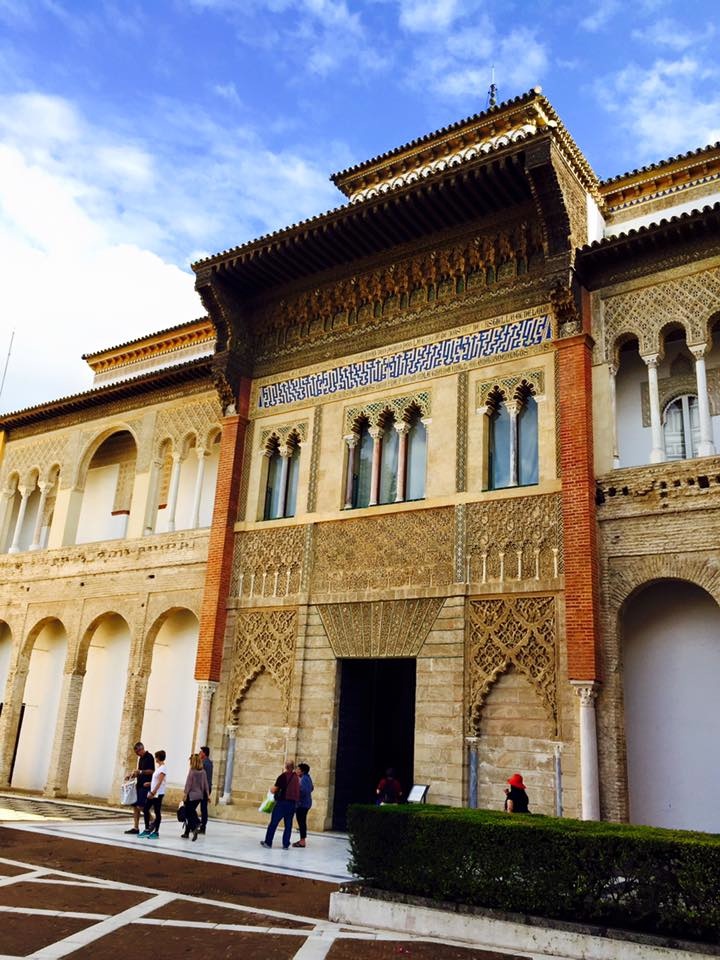 Surprisingly, this was my favorite Spanish city! It was smaller but felt more cultural and what I expected the other Spanish cities to feel like. Definitely worth a trip. We were here for 2 full days (3 nights arrived late and left early). I would recommend coming for at least 3 days, maybe even 4 or 5 depending on the day trips you’re interested in. I wish I could’ve done a trip to Granada but it’s a 3 hour bus ride so need at least a day here, if not a night too. I also would’ve liked to checkout Cadiz and/or Córdoba. To cover most things in Seville, we needed 1.5 – 2 days. I also would’ve gone to a bull fight for the cultural experience if there were any when we visited but the season was over when we visited.