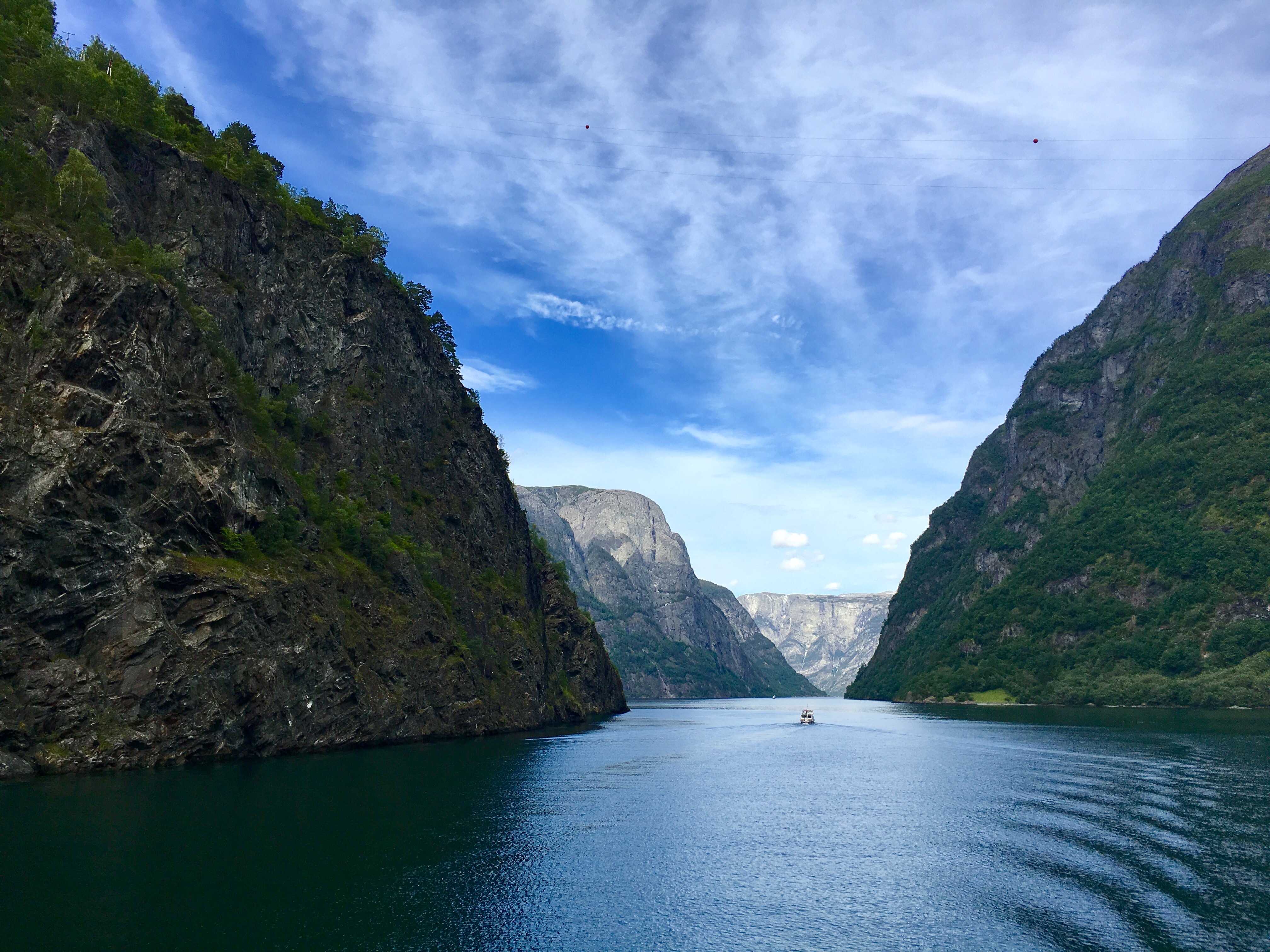 Norway in a Nutshell

Norway in a Nutshell is a route that can be done from Oslo to Bergen, Bergen to Oslo or a roundtrip. It includes a variety of different transportation (buses, trains, and boats) and takes you through the beautiful scenery of Norway, specifically the fjords.

This was our itinerary. We took it from Oslo to Bergen. You can also simply return back to the city you started in, but we wanted to see both cities, so just made the entire day a scenic travel day. When you go online to their website, it will book everything TOGETHER. Thus, you do NOT have to book each leg separately. It is very helpful to do it this way.

I would highly recommend doing this. It was very easy, planned for us, and it allowed us to see the countryside with the beautiful fjords and land between Oslo and Bergen. Many people will want to do a fjords tour when coming to Norway so this a great way to travel from one city to the other while making it a scenic journey.

Both sides of the train have great views. We sat on the left and I felt like there may have been a bit more there, especially towards the end, but the first big lake and nice sight is on the right. Overall, either side offers great views

We had wifi on this train and it lasts about 5 hours. This would be the best portion to take a nap on if you need some sleep.

Train ride: many say this is the most scenic part of the journey. It is almost an hour ride on a train from Myrdal to Flam. You stop at a giant waterfall and get out to see it for a few minutes. There is loud music playing outside and these girls dancing up on the side of the hill. The views are again on both sides, so you cannot really go wrong in which side you choose, just try to snag a window seat if you can. Some of the windows open at the top so if you want higher quality pictures, be sure to try to grab one of those. However, none of these seats were open when we got in the train so we were just happy to snag two window seats.

We did not have wifi on this train, but you could get it in the Flam visitor center or for free for 25 minutes on the Free-Flam wifi

You can store your luggage in a little hosue that is red with a green door near the visitor’s center. It costs 50 Krone for each bag, no matter regardless of if you are storing it for two hours or the whole day. This was nice to have since we wanted to walk around the small town, go checkout the waterfall we passed at the end of the train ride, and grab some food from some of the food trucks.

Ferry ride: this was my favorite part and the piece I thought was the most scenic. It’s just over two hours and the boat has 3 levels. I would recommend just getting a seat near the edge somewhere, whether that is the front, side or back. We sat on the front right side, on the third floor outside.

We had wifi on the ferry

Bus: about a one hour ride from the end of the ferry stop to the train station. This was the most stressful part as there were only two buses and far more people than that. However, they called more buses and made sure every person got to the train station so this was not a problem after all. The ride was also very pretty, especially the beginning where you take a very steep road downhill on switchbacks and go by two large waterfalls. The bus is a bit nerve-wracking, or as my brother would say, exciting, because there are sharp turns and large drops so while in a bus you almost feel like you may tip at times.

Train ride that lasts just under 1.5 hours. This is probably the least scenic piece, especially after everything you’ve seen so safe to say you can relax. 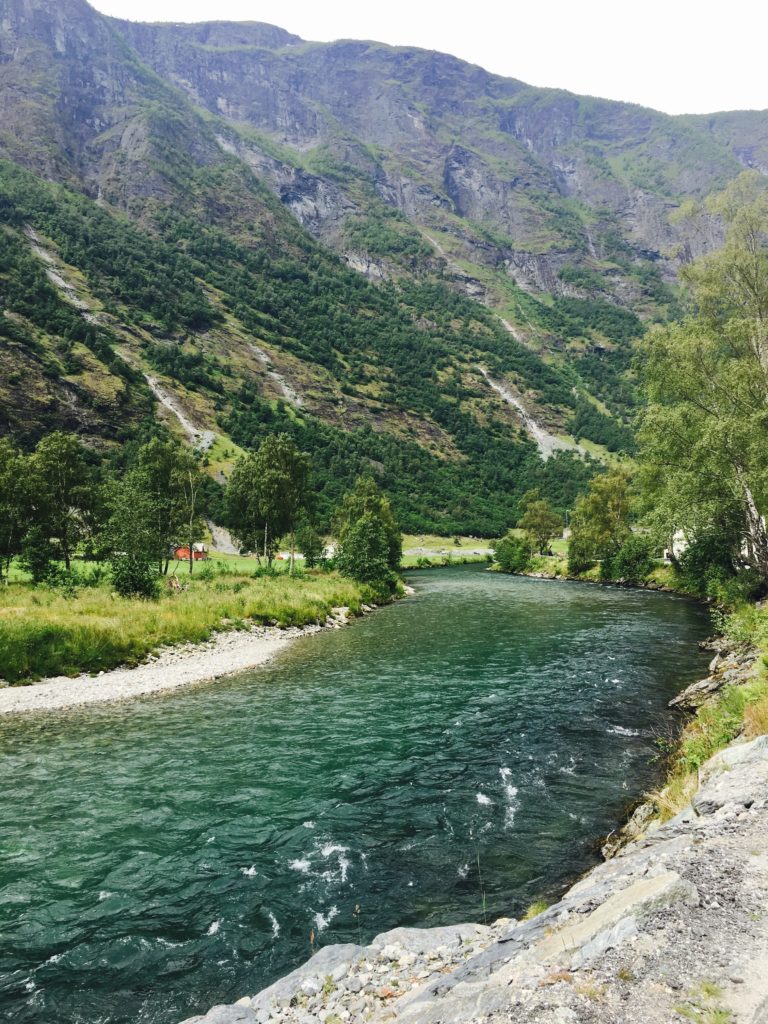