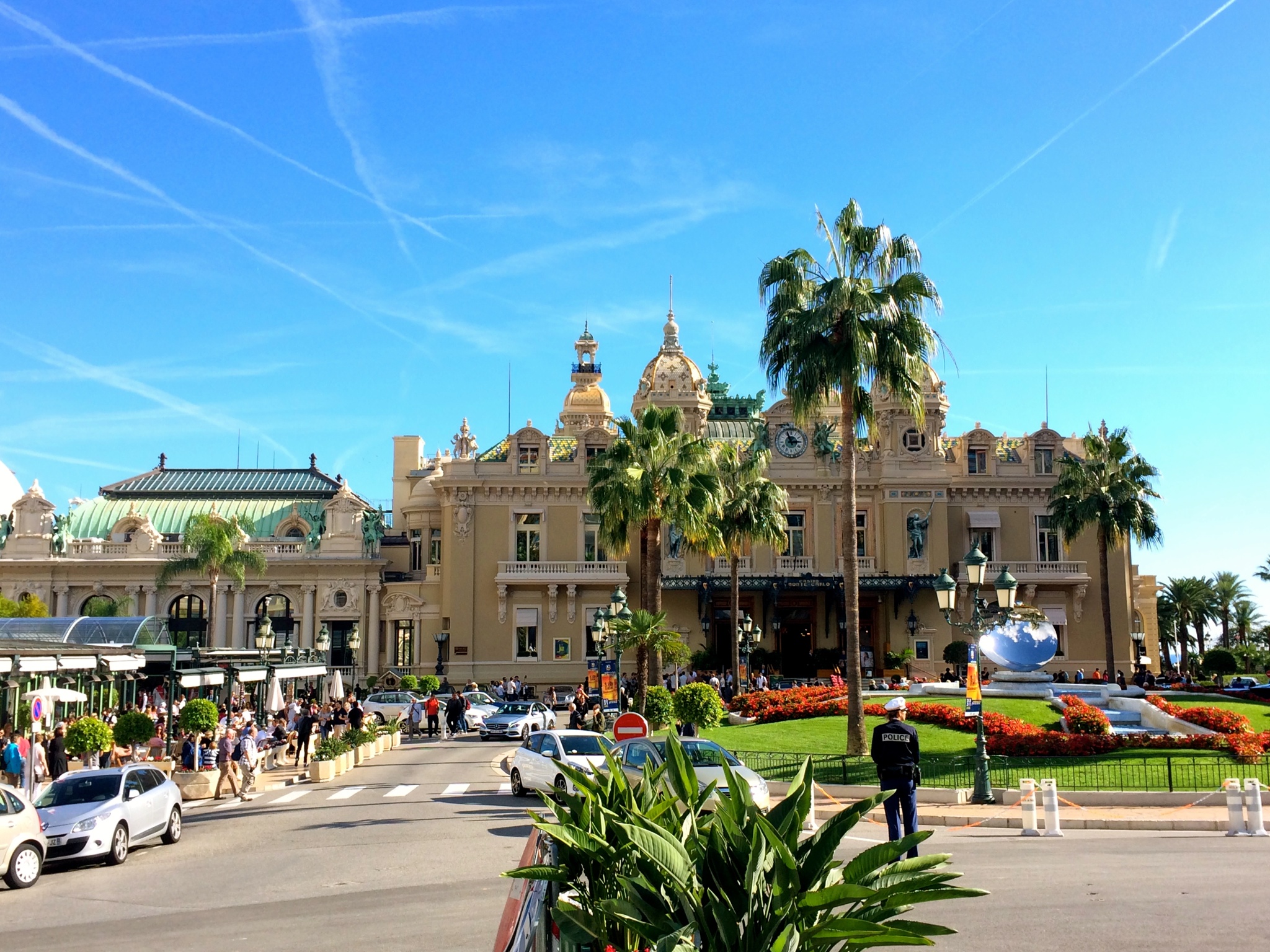 Within any of the towns on the French Riviera, it is easy to get around on foot. To travel between towns, trains run anywhere from 2-4 times an hour depending on the location. Note: some transportation (buses in particular) may stop running at night.

From Nice to Eze

There are 3 train stations in Nice: Gare de Nice-Ville (closest to the city center and the main station), Gare de Nice-Riquier (near the port), and St. Augustin (near the airport). There is a train that runs from Gare de Nice-Ville to Eze and takes 15 minutes, costing about 2.80 euro. The Eze train station does not take you to the main town area as the town is on the top of the hill. To access the town, you can catch the 82 bus from Nice and take it straight to the village. The issue with this is the bus does not run frequently. Thus, if you plan to catch the bus after the train, you are better off taking the bus from Nice to Eze without the train. The bus drops you in the town of Eze with a small walk up to access the quaint part of town. If you are feeling adventurous, you can hike from the Eze train station to the town. This is an uphill hike that takes an hour. It is definitely a hike and not a walk so make sure to dress appropriately for the trek up to the town.

From Eze to Monaco

To travel from Eze to Monaco, you again have the option between bus and train. If you prefer the train, you can hike down from the town to the train station or take the bus to the station and catch the train to Monaco. Alternatively, and the recommended option, catch bus 112 that runs from the Eze to Monaco. The trip takes about 30 minutes, but avoids transfer timing and only costs 1.50 euros.

From Monaco to Nice

To travel between Monaco and Nice, there is both a train and a bus. If you are not planning to stop in Eze or have already visited the quaint town, the train is faster and only costs a few extra euros. If the train is not convenient, there is also a bus that runs between the towns.

From Nice to Cannes

There are trains running from Nice to Cannes lasting anywhere from 25 – 40 minutes. It is an easy and quick way to travel between the towns.

The French Riviera encompass multiple towns on the coast. To orient yourself and think about where to stay, the order of the main towns along the water (ignoring small places between) is Cannes, Antibes, Nice, Eze, Monaco, and Menton.

For a central location, Nice is the best option and the Old Town is a good area to stay. Even though Eze falls in the middle as well, it is up on top of a hill so requires some extra travel to access.

If you are looking for a few beach days, Nice and Cannes would be the best places to base yourself. Antibes is supposed to be a decent as well so provides another option to consider. 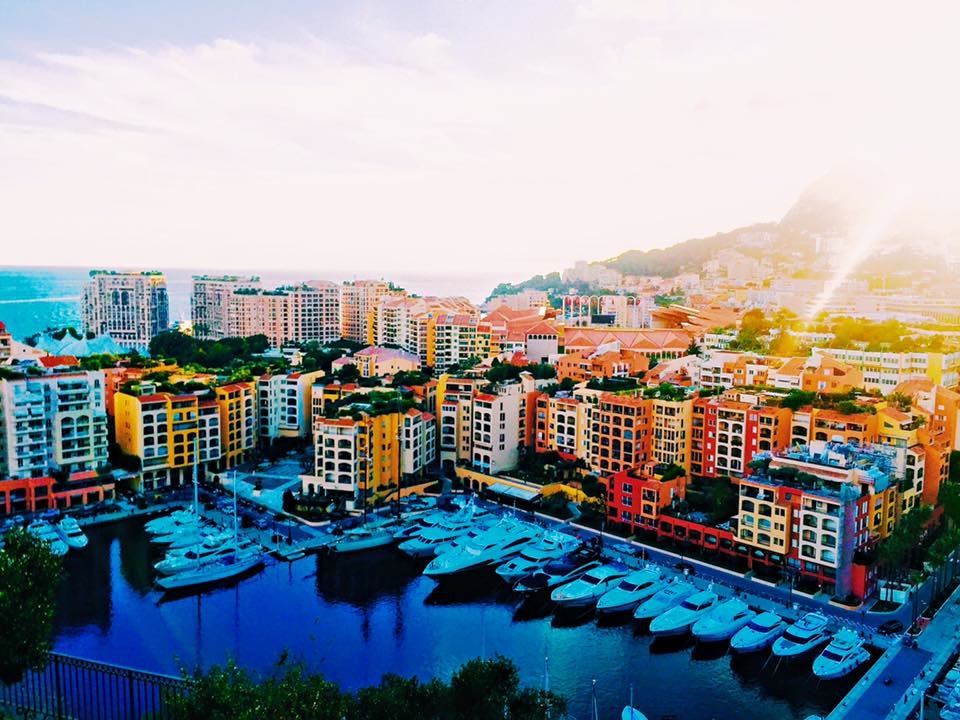 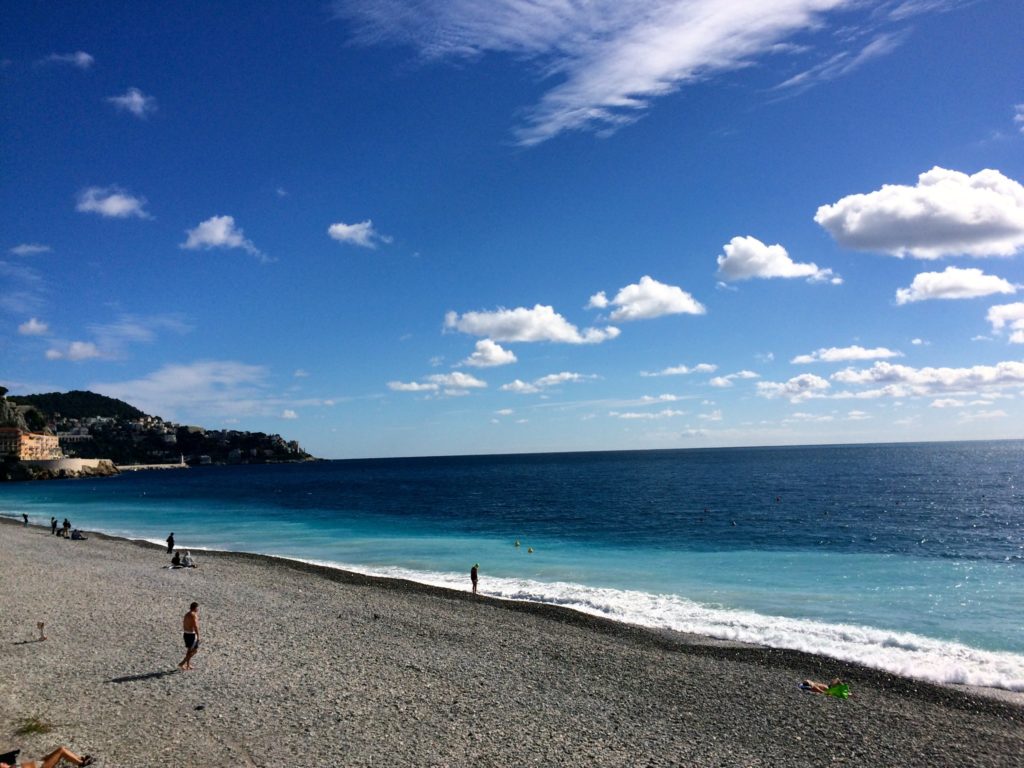 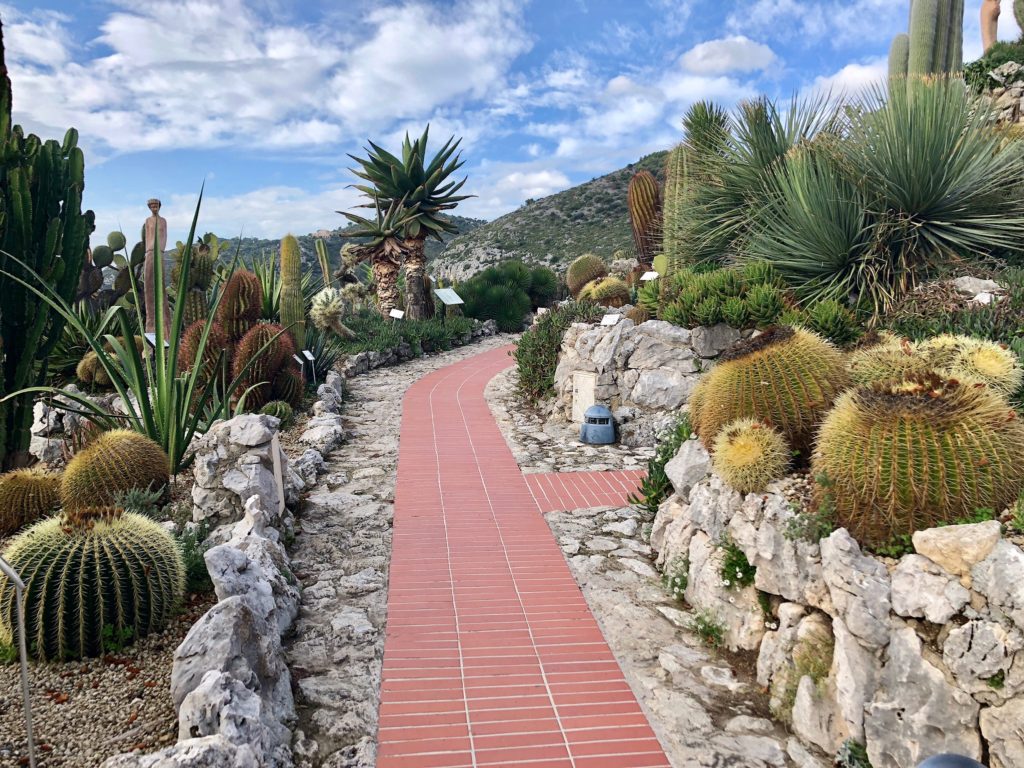 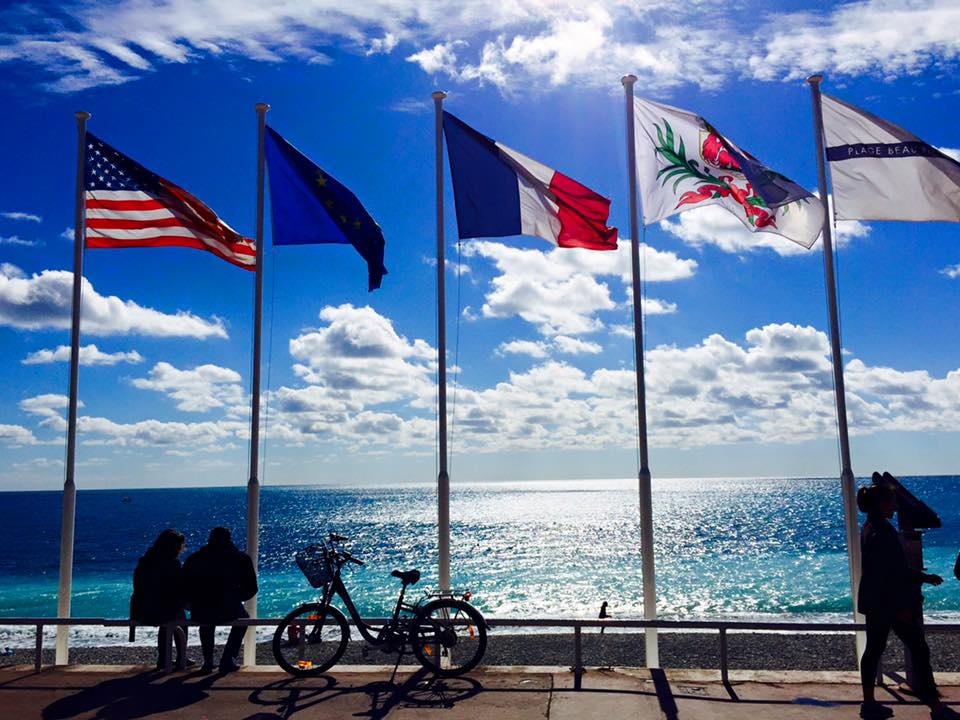 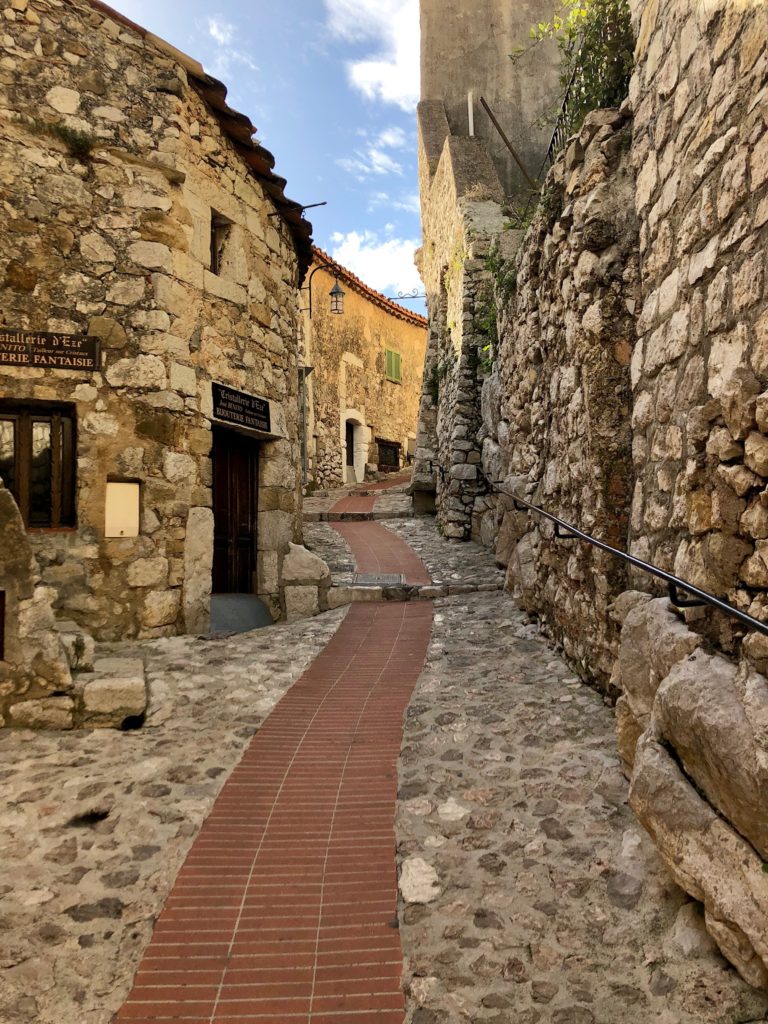 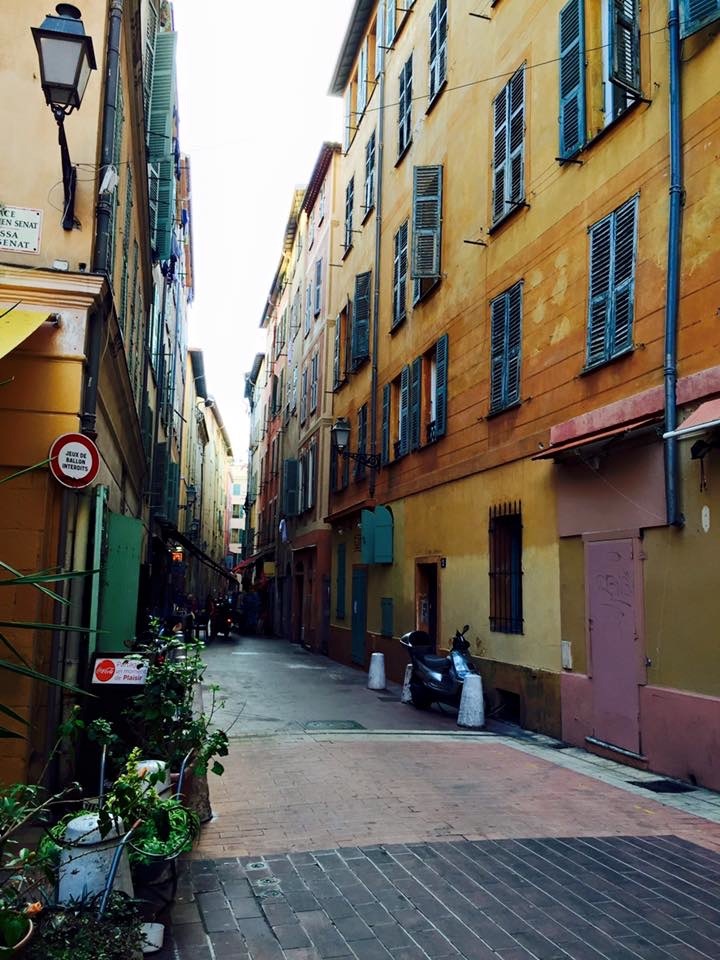 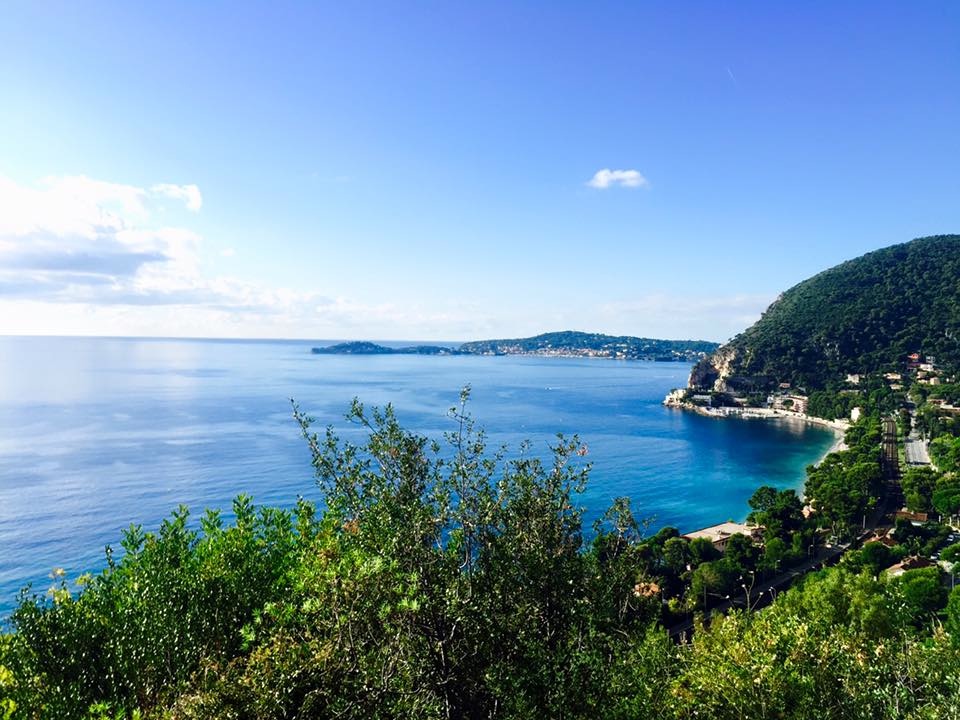 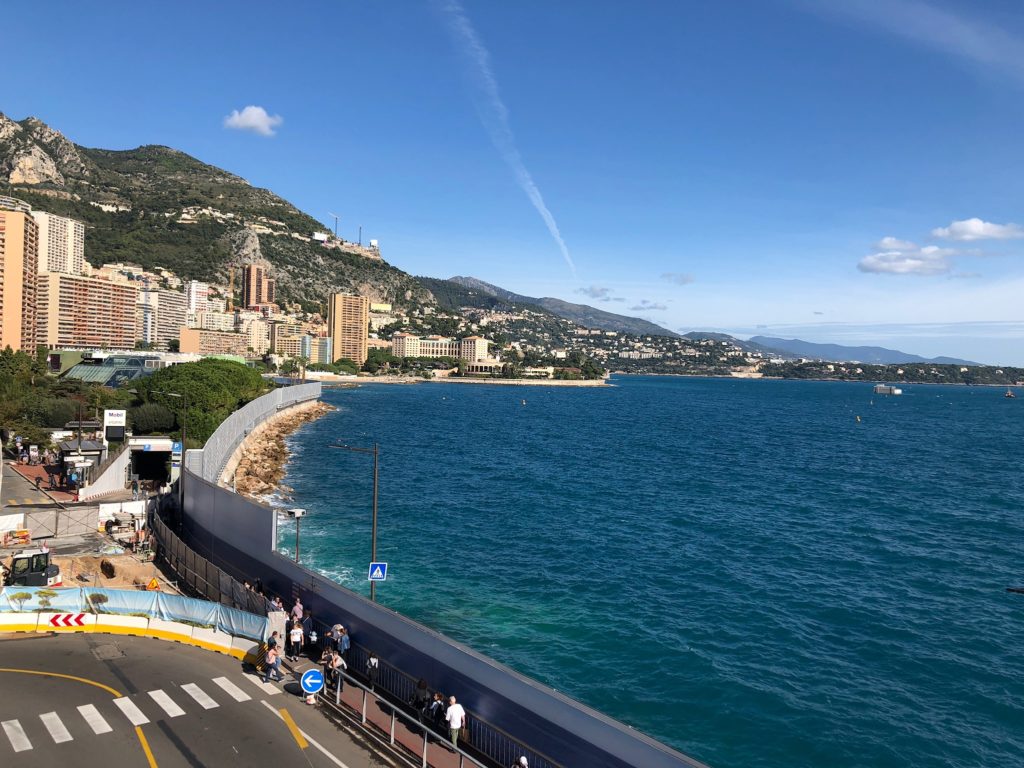 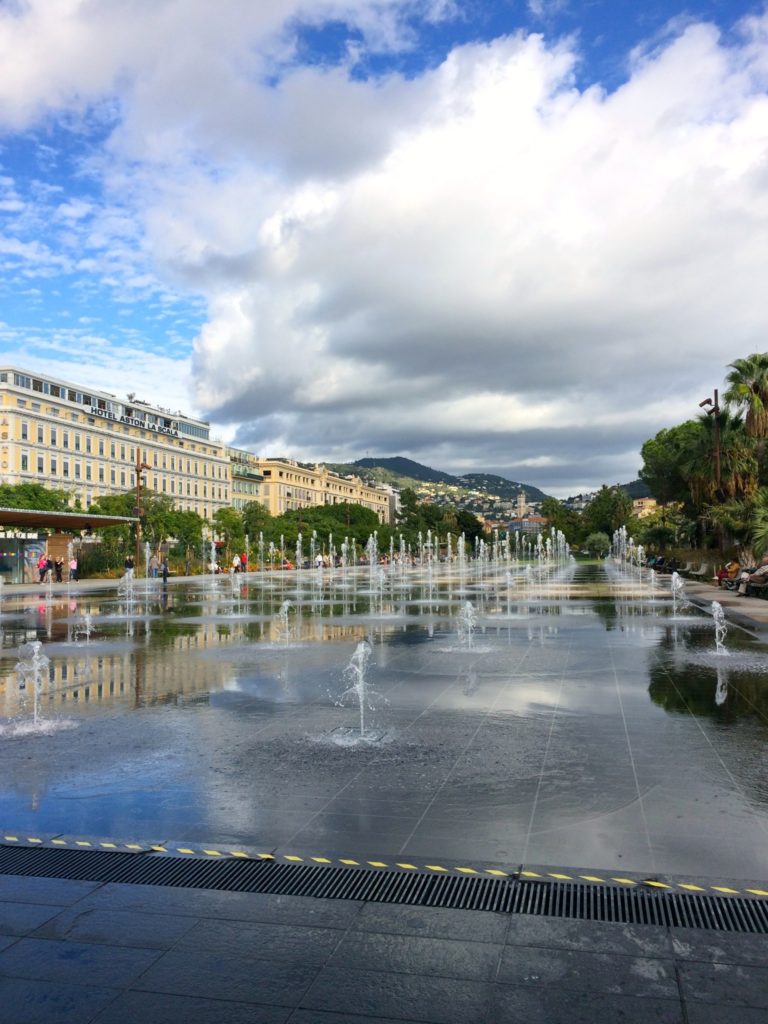 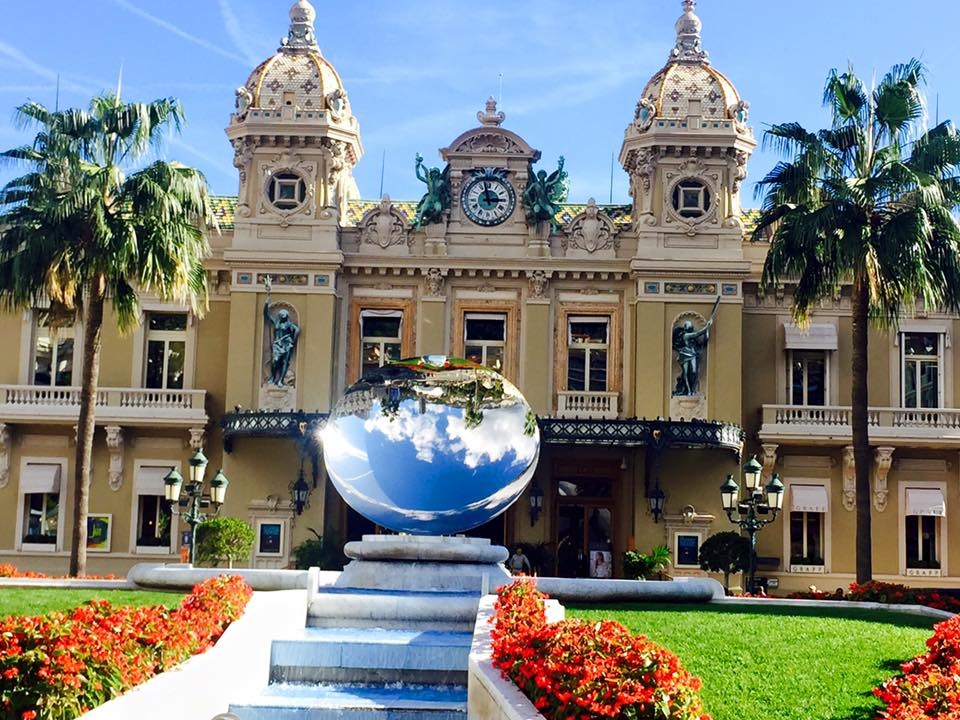 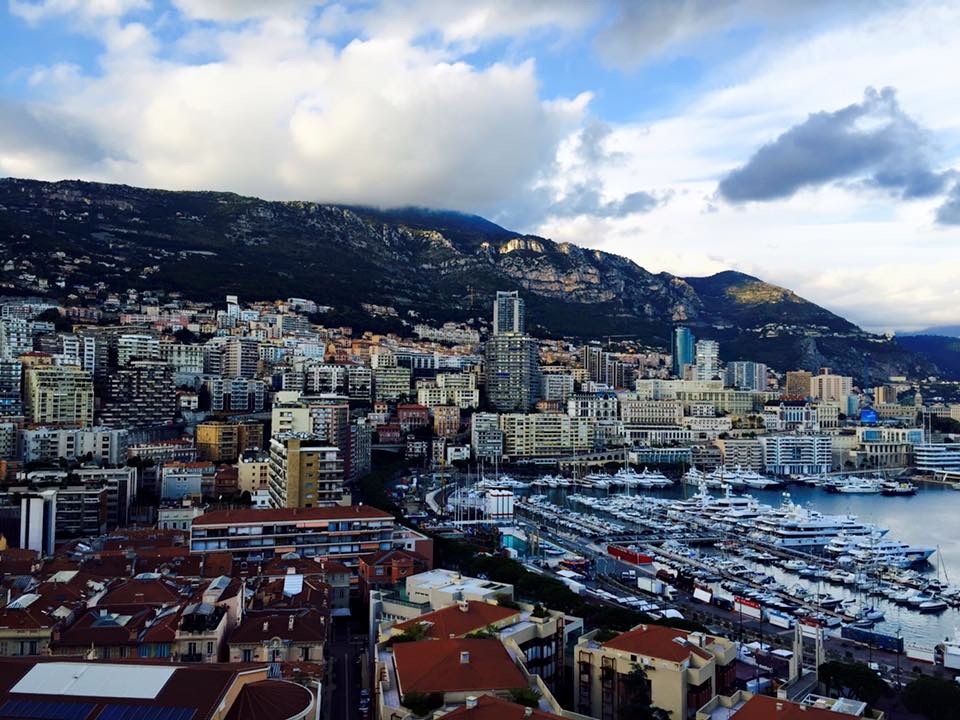 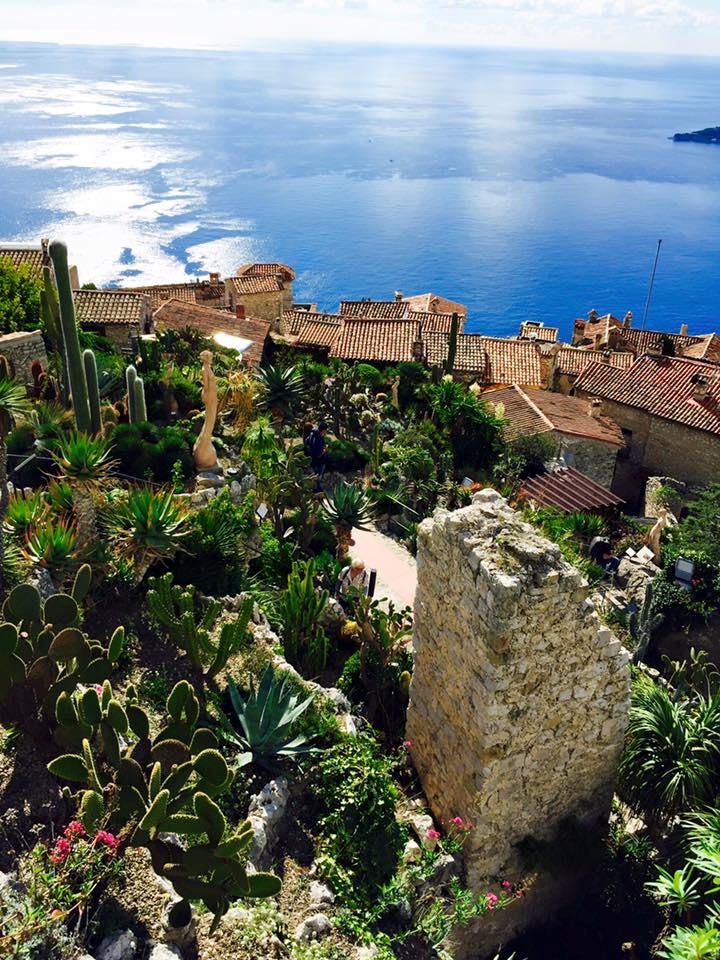 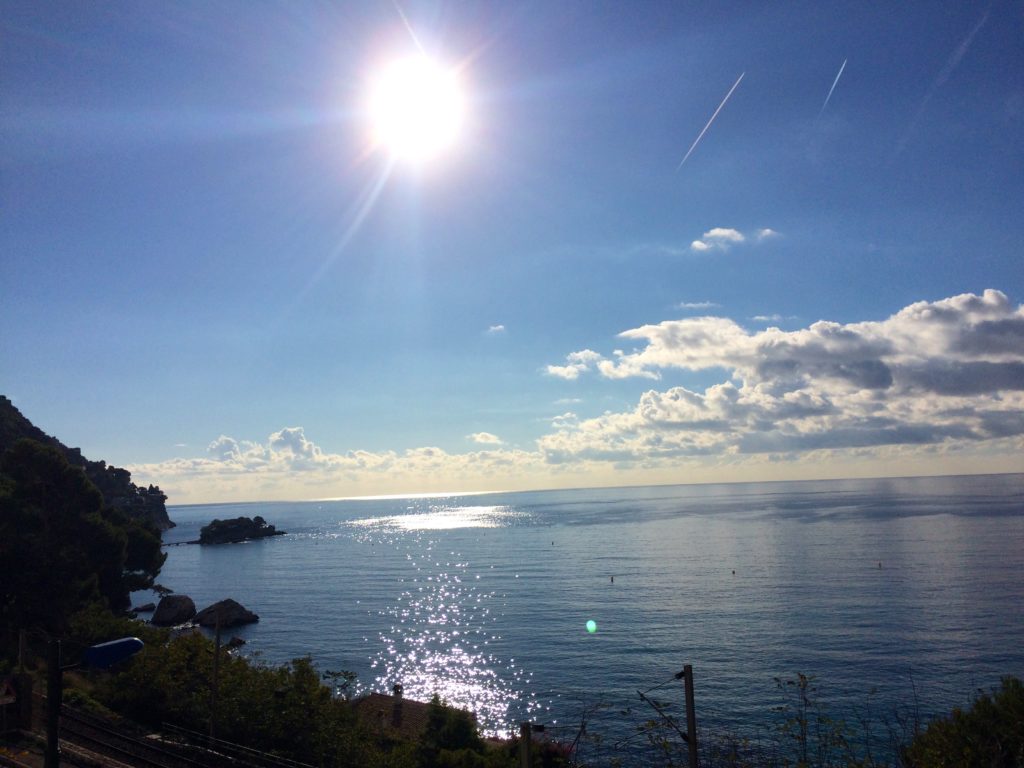 Large sidewalk that runs along the Mediterranean for about 7 km

Main street with lots of shopping

From the Old Town, take a short walk up hill to access a beautiful view of Nice and the water. The panoramic view is well worth the climb

Area with lots of restaurants and nice to walk around

Square in Nice with synchronized fountains

One of the most famous and well known casinos with plenty of fancy cars around. In order to enter, you need a valid ID (drivers license or passport— not a copy). It costs 10 to 20 euros to enter. If you go at night, you need to dress up to try to fit in.

There’s also a nice boardwalk with a view of all the expensive yachts in the port behind the casino. It is a short walk and worth checking out.

Picturesque area located on a hill where the Palace and Cathedral are found. One of the best parts is the panoramic view from the top of the hill

Monaco is beautiful, but not too large so it is recommended to stop in the village of Eze on the way. It’s a quaint little town on the top of a hill. Depending on the transportation you choose will affect where you end up. We chose to take the train from Nice to Eze. This was great and quick, however it does not take you to the actual village, and instead takes you to the bottom of the hill.

In order to get to the cute village from the train station, you can either take the 82 bus from the train station to the top or you can hike up. The walk up is not necessarily challenging, but it is important that you are prepared and dress appropriately. It is an uphill climb for just over an hour, but has some gorgeous views.

Take some time to just wander around and enjoy the quaint feel of the hillside town as well as the busier portion where there are hotels, restaurants and a little perfumery to check out. This is also the area where the bus drops off and picks up people.

During the summer months, this is a beach destination. The area has sandy beaches, luxury hotels, nice boutique shops, and is known for the Cannes film festival.

Boardwalk stretching along the shoreline in Cannes

Very casual place to get gyros in Nice

French spot in the Old Town in Nice

Good spot for macaroons in Nice 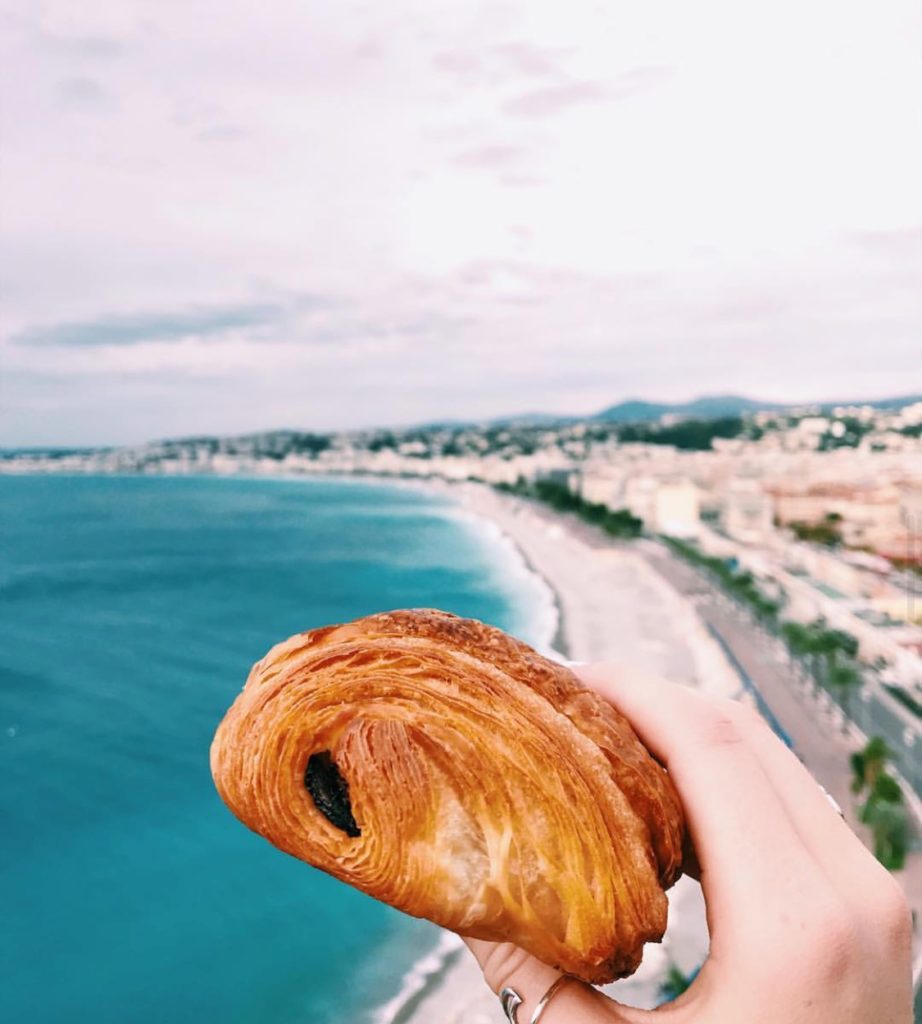 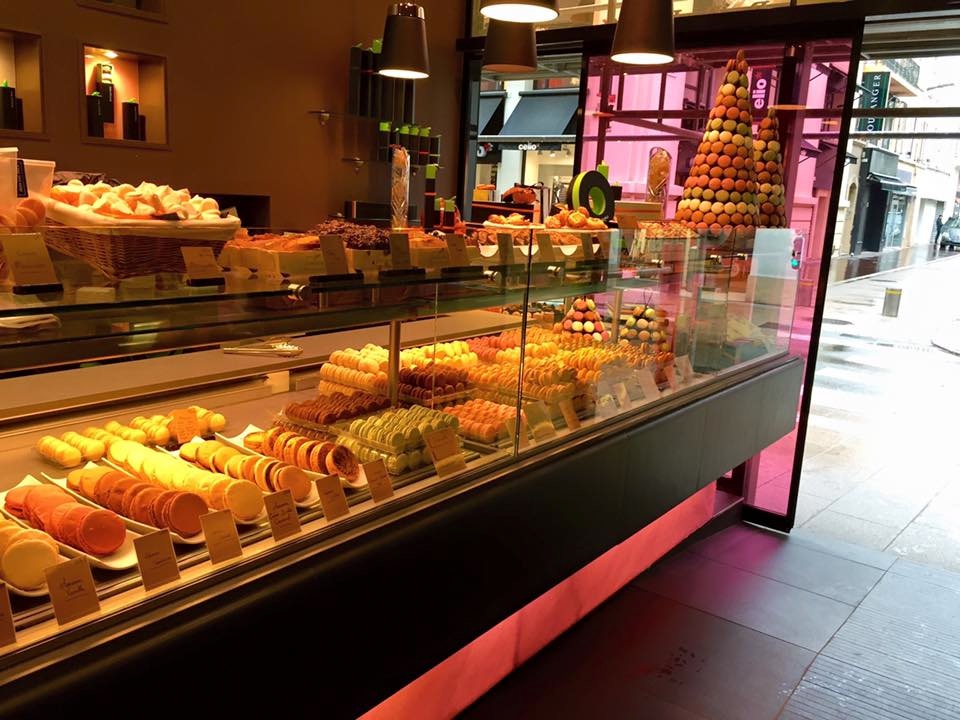 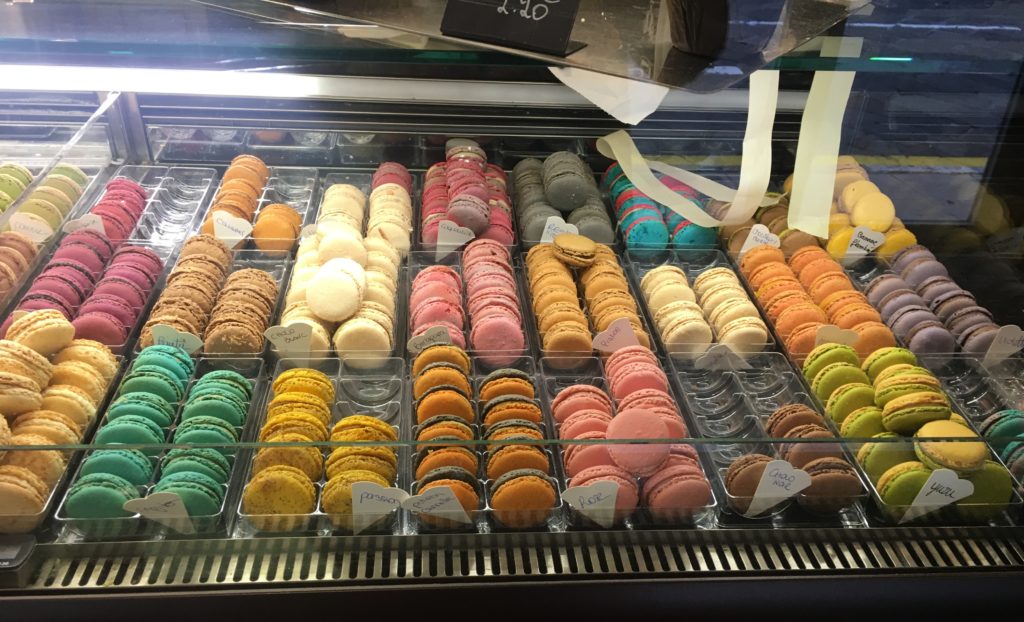 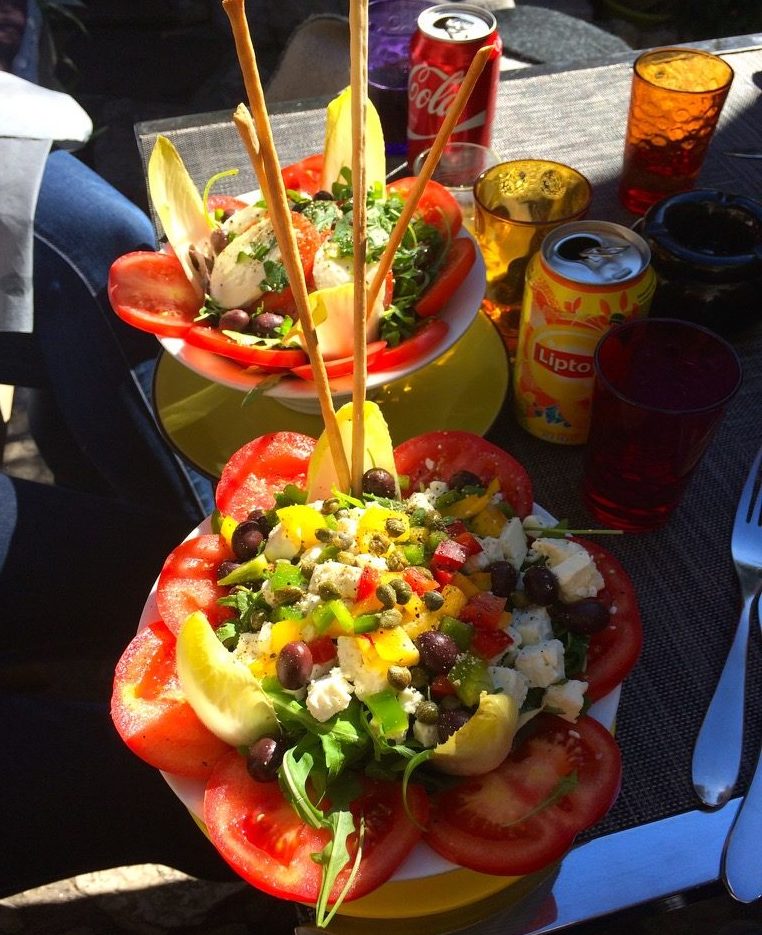