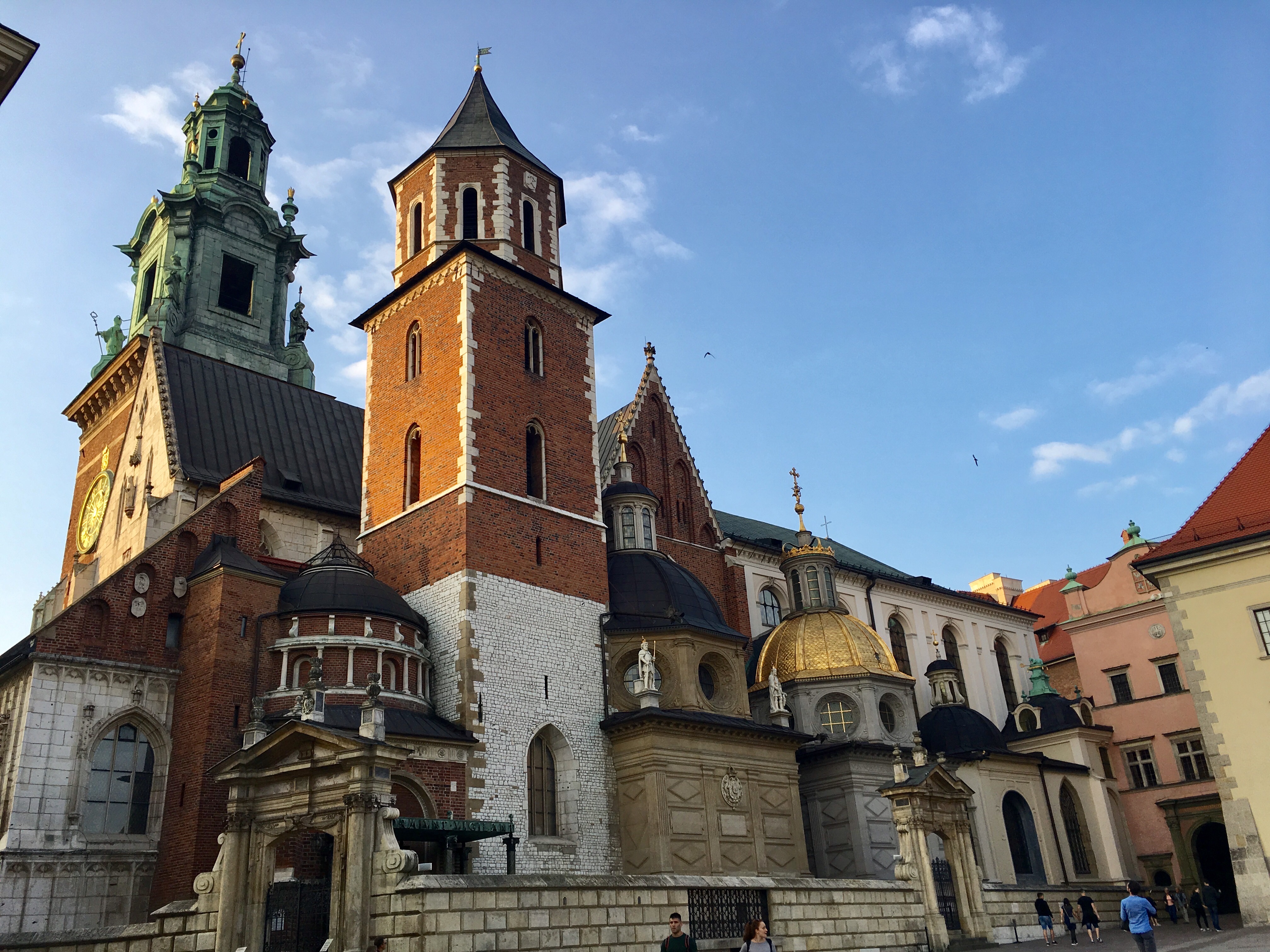 Krakow’s main airport (KRK) is not far from the center and is the easiest way to arrive in the city. There is a train running from the airport to the main train station (Krakow Glowny), which takes about 20 minutes and departs every 30 minutes. It is cheap as it costs 9 zl each way (currently just over $2) and it is very easy to use. Alternatively, take a taxi from the airport straight to your accommodations.

Krakow is a very walkable city making it easy to get around and explore. Taxis are easy to get and relatively cheap for longer trips or if you are not up for walking.

Try to stay near the main square (Rynek Glowney) to establish a prime location and enable easy access to explore the city. The accommodations are very affordable overall. 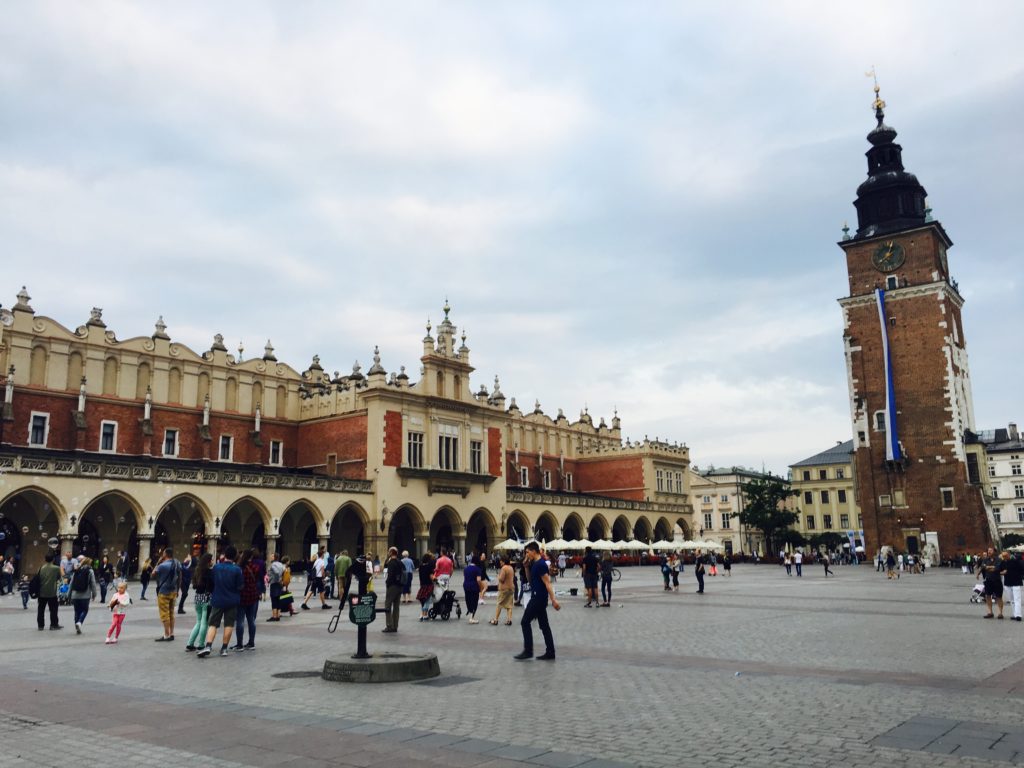 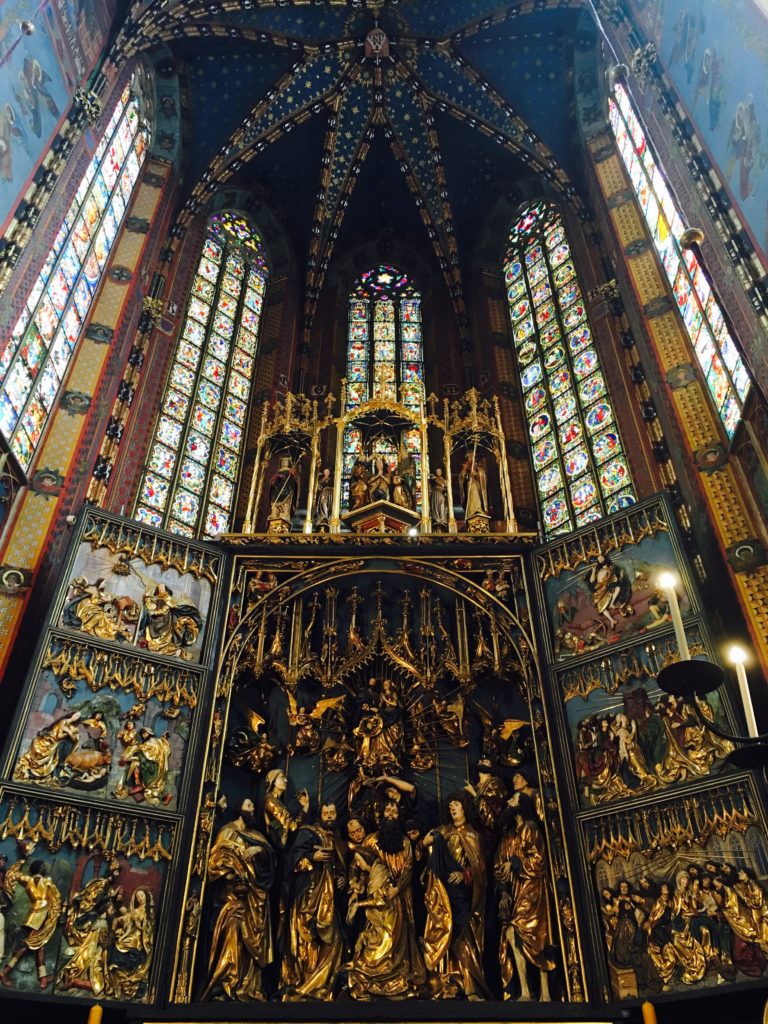 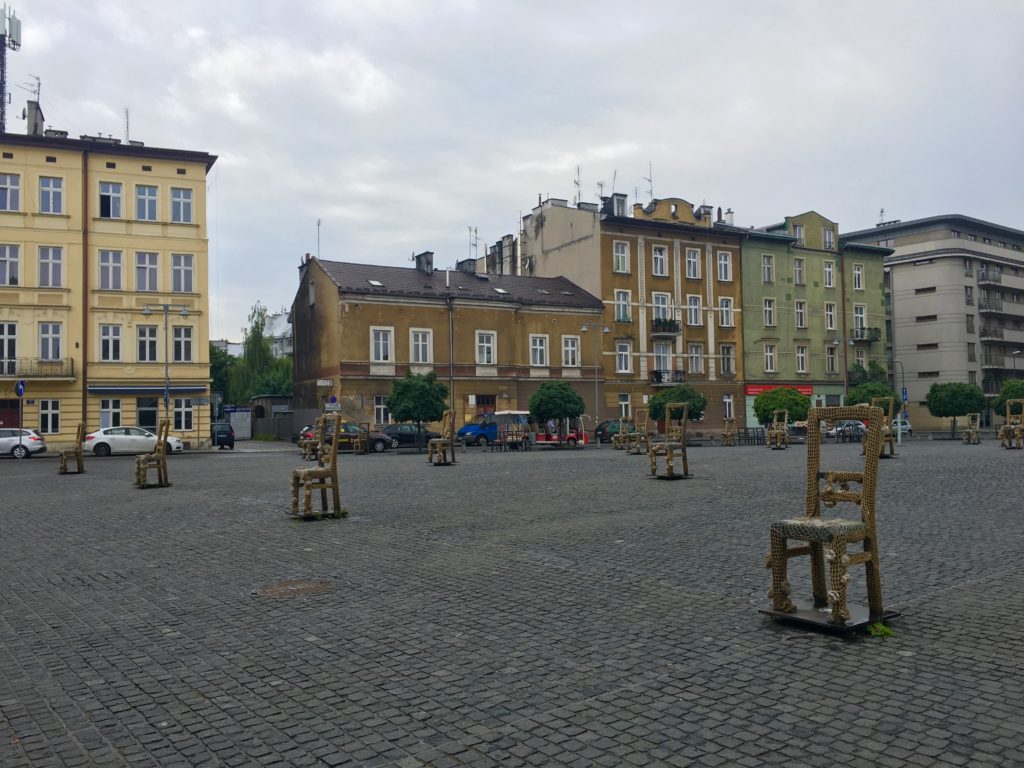 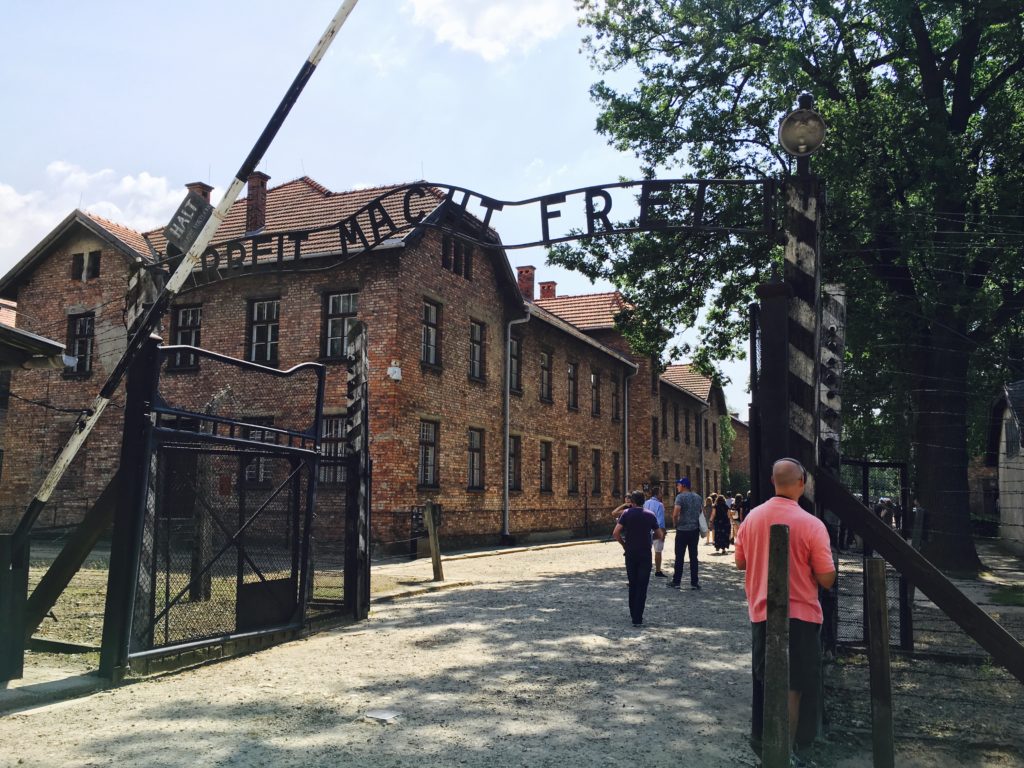 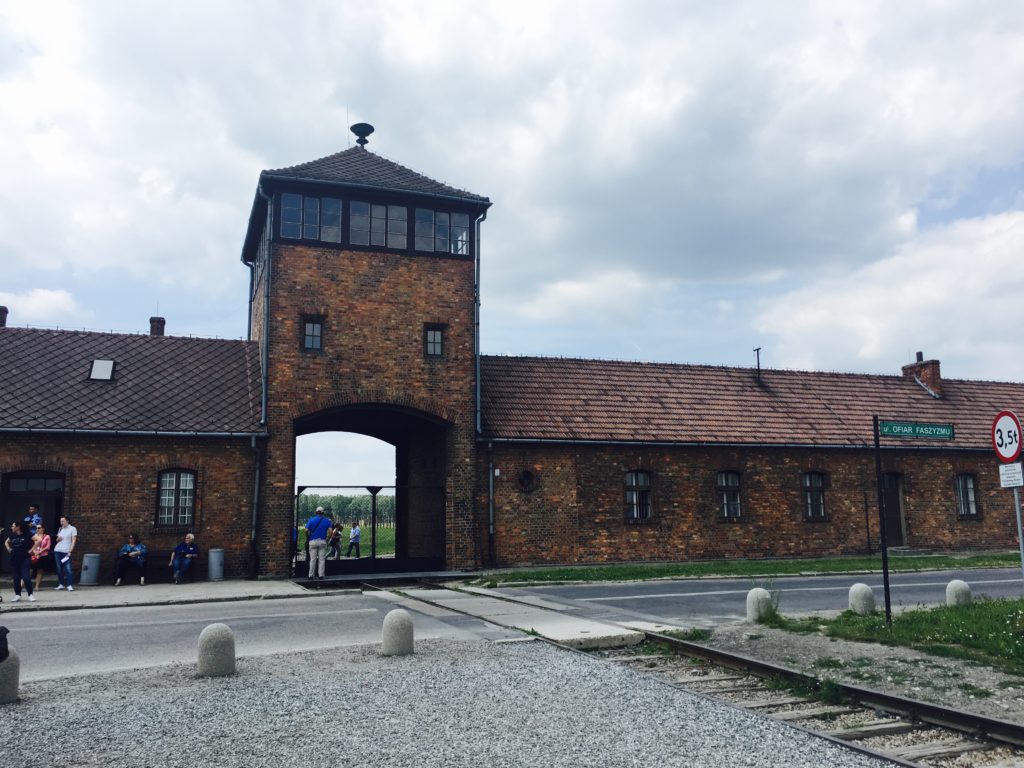 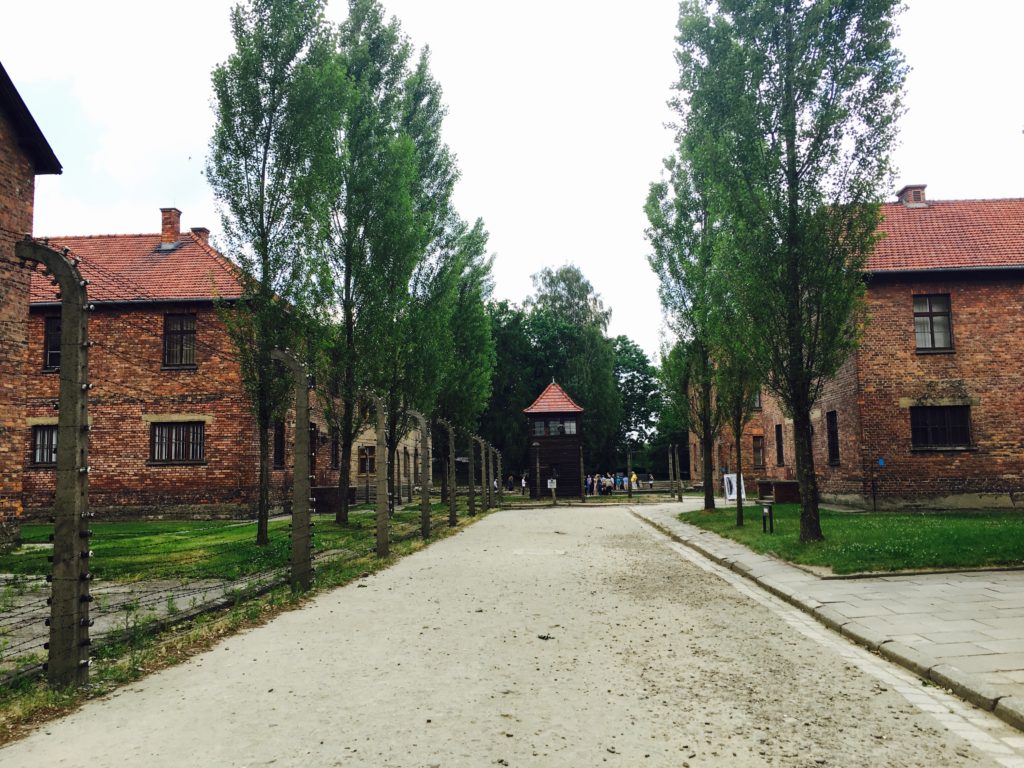 Explore the Old Town are with shops, cafes and restaurants providing a nice area to walk around

Main market square in the city

Scenic park that encircles the main part of the city

A church in the market square with a beautiful interior. You must pay a small entrance fee to go inside.

Fortified outpost on the North side of the city

Free to walk the castle grounds, but then there are different tickets for each area of the castle and various museums.

The Jewish Quarter of Krakow. This area is more run down than the Old Town.

Pharmacy under the Eagle

Take a half or full-day trip to Auschwitz and Birkenau. There are a variety of tour companies offering different experiences depending on the size and depth of tour you are interested in. Cracow Tours provided two large buses carrying visitors to the camps and then split the attendees into three small groups, each with a local tour guide. The tour in Auschwitz lasted 2.5 hours and then the group was taken to Birkenau where the tour lasted about 1 hour. It is a very informative and moving experience.

Dessert often found in many Eastern European countries. It is made up of a spiral roll of dough, which is hollow and heated to cook. It is often served with toppings on the outside including cinnamon, coconut, sprinkles, almonds, etc and a sauce on the inside like peanut butter or Nutella. 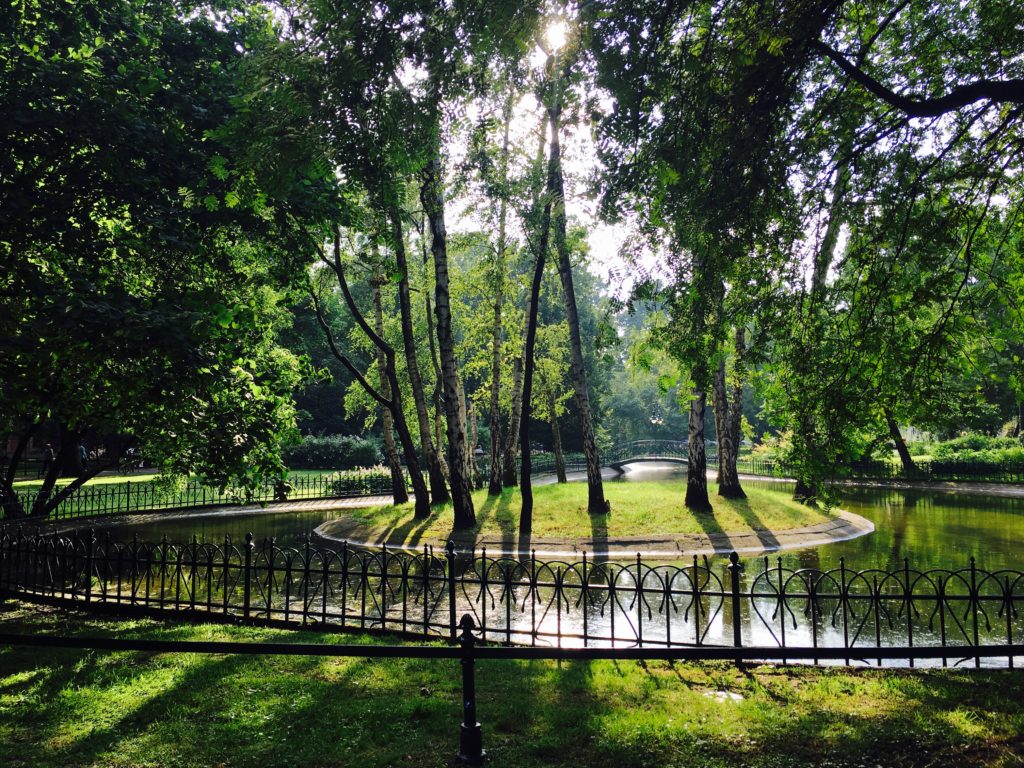 Krakow can easily be visited in a weekend. The city itself is fairly small, which enables you to easily explore one day and then take a day-trip on the other day.

Poland is on the Polish zloty. Overall, Poland is very affordable and one of the cheaper cities to visit like some of the other Eastern European countries.