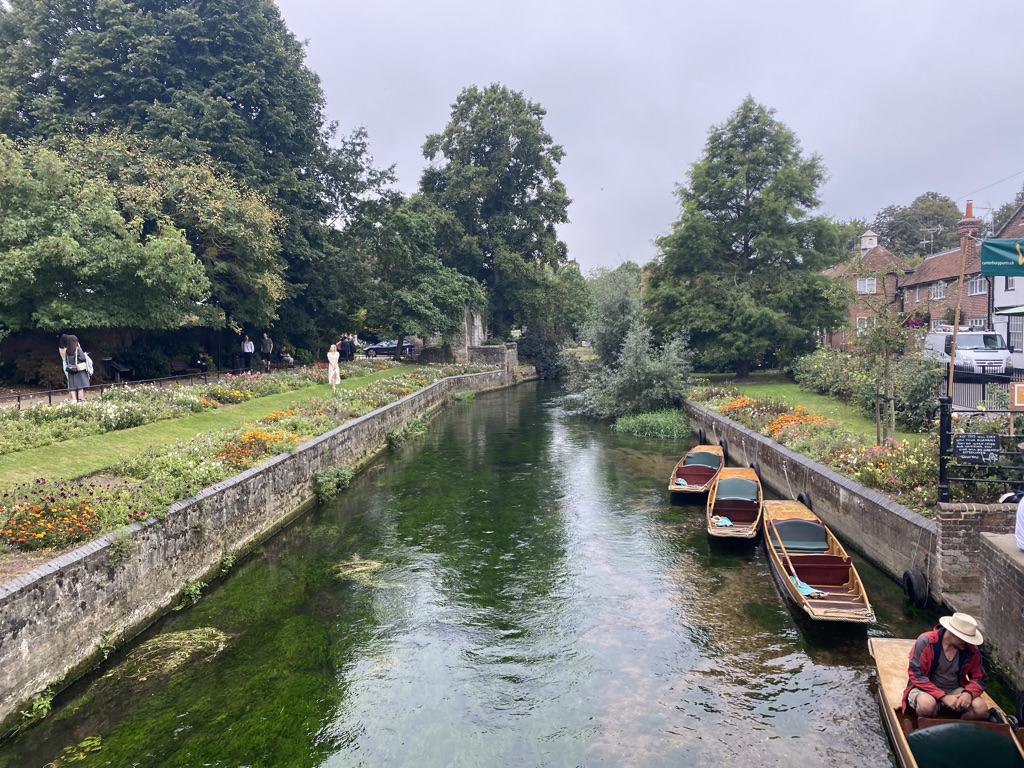 Canterbury is a quaint and cute English town SE of London and Whitstable is a small beach town on the coast. Since both towns are small and located SE of London, they ca be visited together on a day-trip from London. Unfortunately, Canterbury and Whitstable are not on the same train line so you will pay a slightly higher fare as you will need to buy two single direction tickets, rather than an open-return ticket. In order to reduce your costs, consider purchasing your tickets in advance as the cost will be higher on the day of travel.

Start by heading from London St. Pancras station to Canterbury West station. This train journey takes about 1 hour. To travel from Canterbury to Whitstable, you will need to take a bus. The bus runs every 20 minutes and takes about 30 minutes to travel from Canterbury to Whitstable. In Canterbury, find the Stagecoach buses at Canterbury Bus Station. Tickets can be purchased easily on the bus for the journey to Whitstable. Traveling back to London from Whitstable is also easy, with options to St. Pancras or to Victoria station. As mentioned above, it will be much pricier on the day of travel so consider purchasing tickets in advance.

Alternatively, you can take a full day for town each separately. If you choose to travel to the towns separately, choose your departure time from London and purchase an open return ticket. For Canterbury, the train from London St. Pancras to Canterbury West is only an hour. Alternatively, for a slightly cheaper fare, you can travel from London Victoria to Canterbury East in 90 minutes. There are typically two trains per hour. For Whitstable, trains depart from both London Victoria and London St. Pancras for a similar price and travel time. The train takes about 80 minutes between London and Whitstable and there are also typically two per hour.

Both Whitstable and Canterbury are quite small towns and can be explored easily by walking around. The areas to visit are condensed and will not require a car for those able to get around easily. 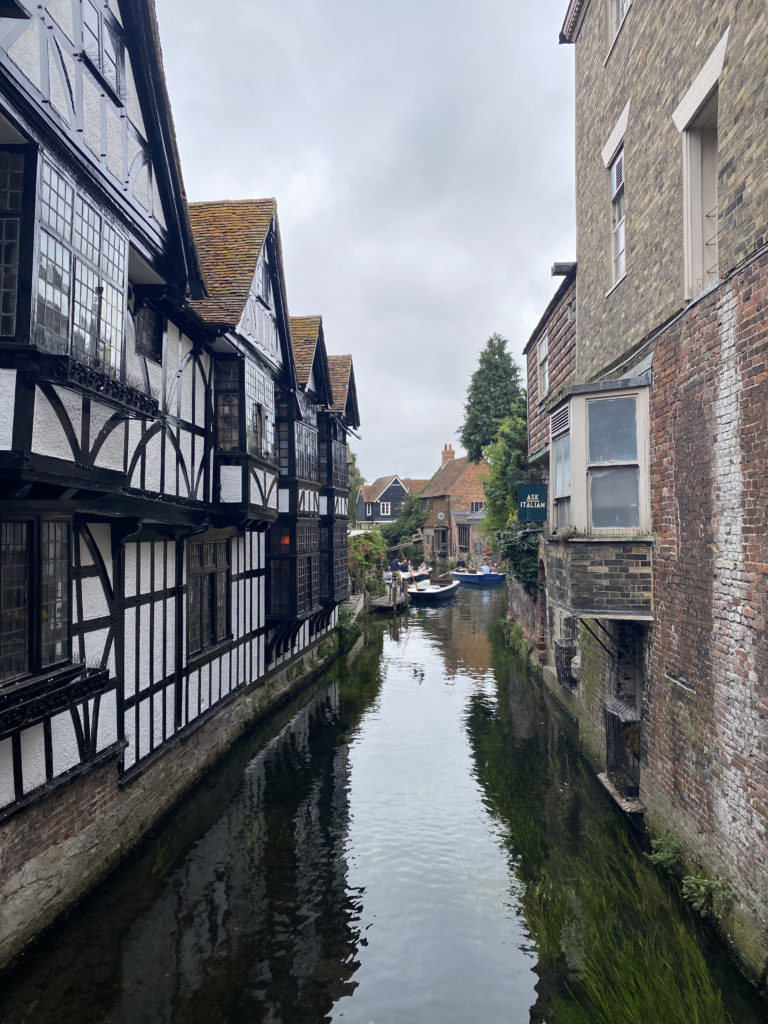 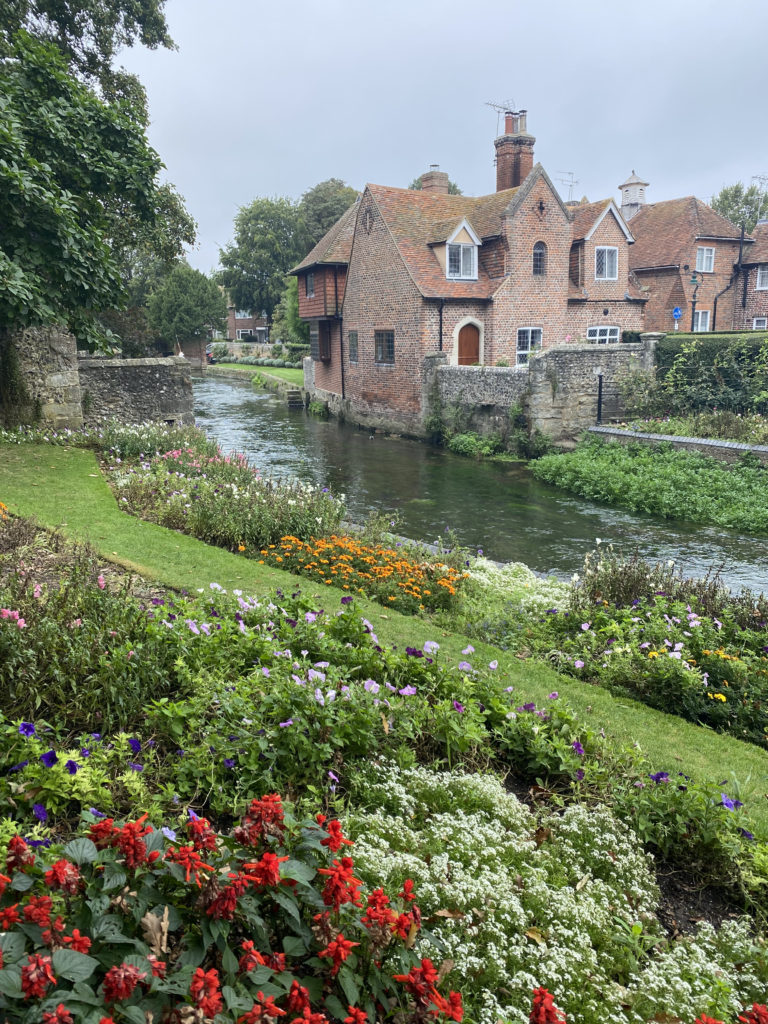 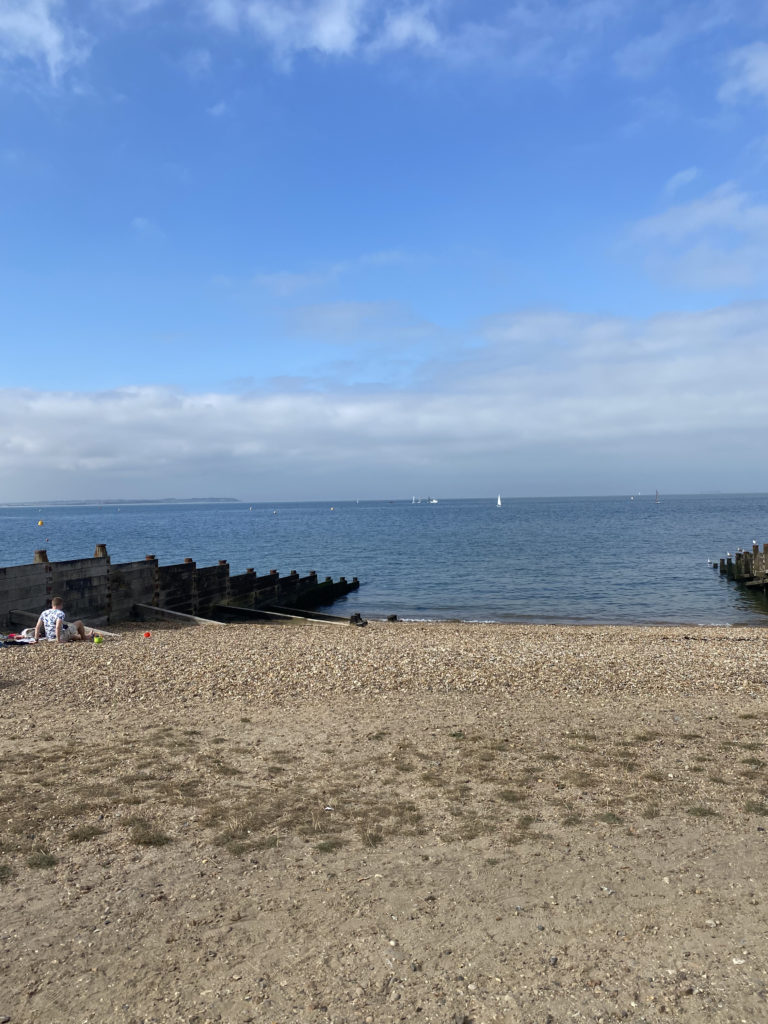 Nicely landscaped gardens running along the river, with the tower at the main entrance to the park. Stroll along the water for a peaceful walk.

One of the oldest Cathedrals in England. In order to visit, you will need to purchase an entry ticket.

Take a small boat tour along the river to see Canterbury from the water.

Whitstable is a small beach town, so a visit would not be complete without making your way to the water. The beach here is a pebble beach so if visiting during the summer, come prepared with chairs or be ready to lay a towel down on the pebbles.

Similar to many beach towns in England, the quintessential beach huts are also around in Whitstable. In order to find these, you will need to walk away from the town and towards the Harbour. When you approach the Harbour, walk past the Harbour and continue for another ten minutes when you get to an option to start walking on the beach. As you walk along the beach towards Herne Bay, you will begin to see the colorful beach huts lined across the beach

On Mondays and Thursday through Sundays, there is a market in Whitstable Harbour with locally made crafts along with spots selling oysters 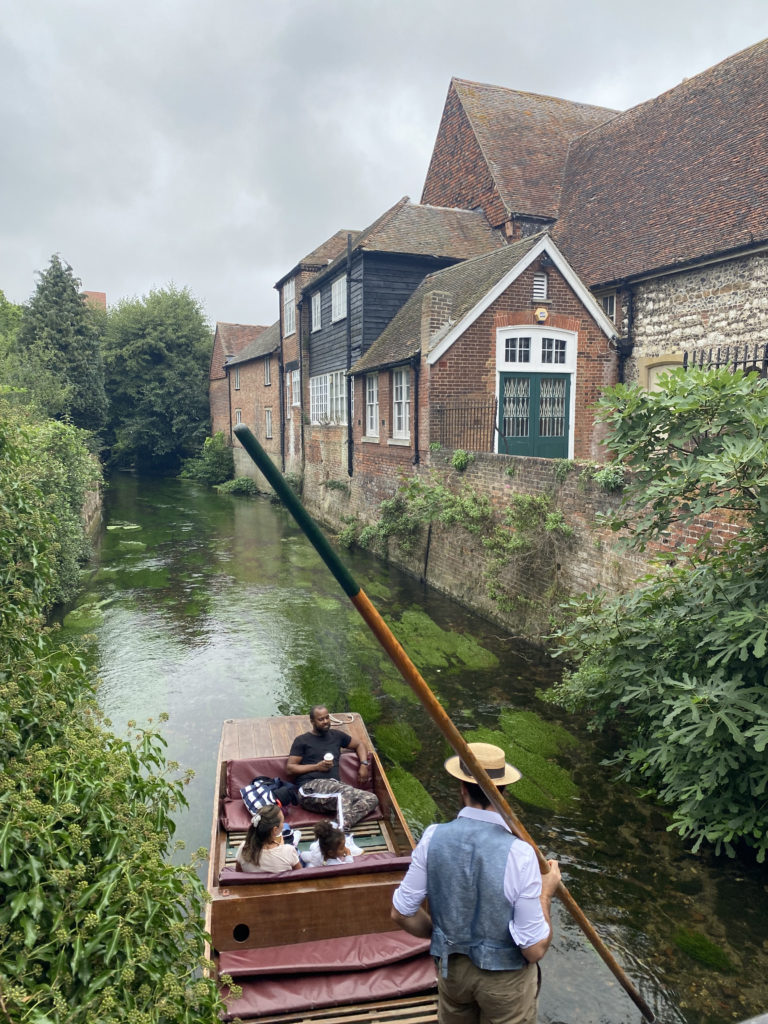 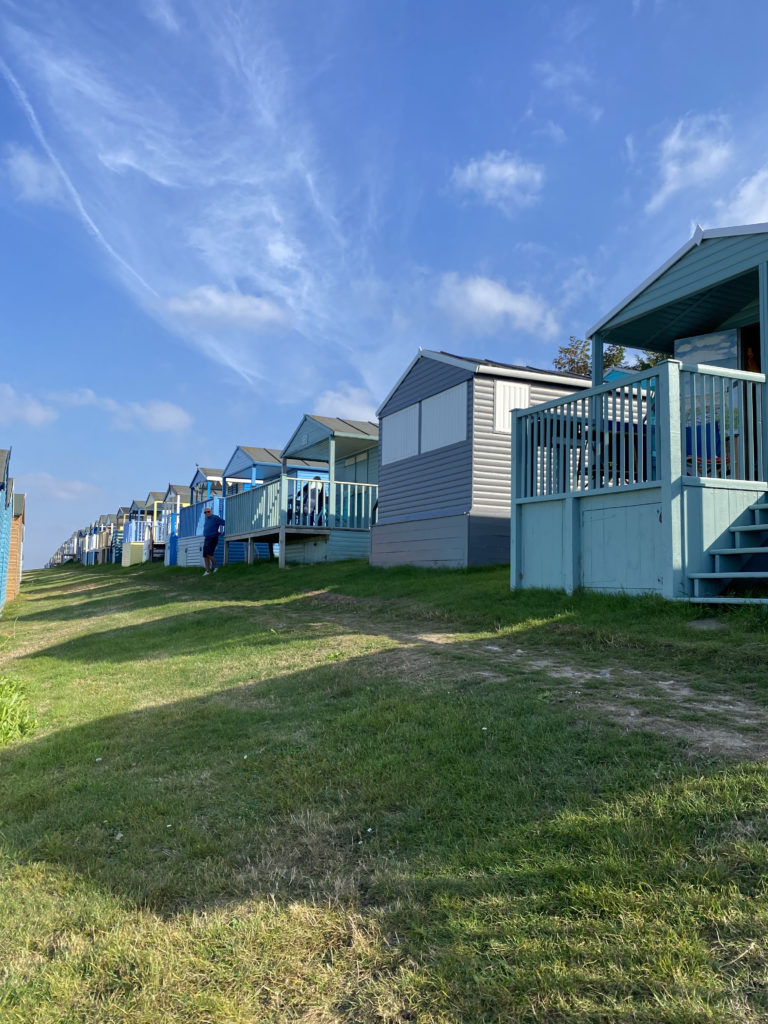 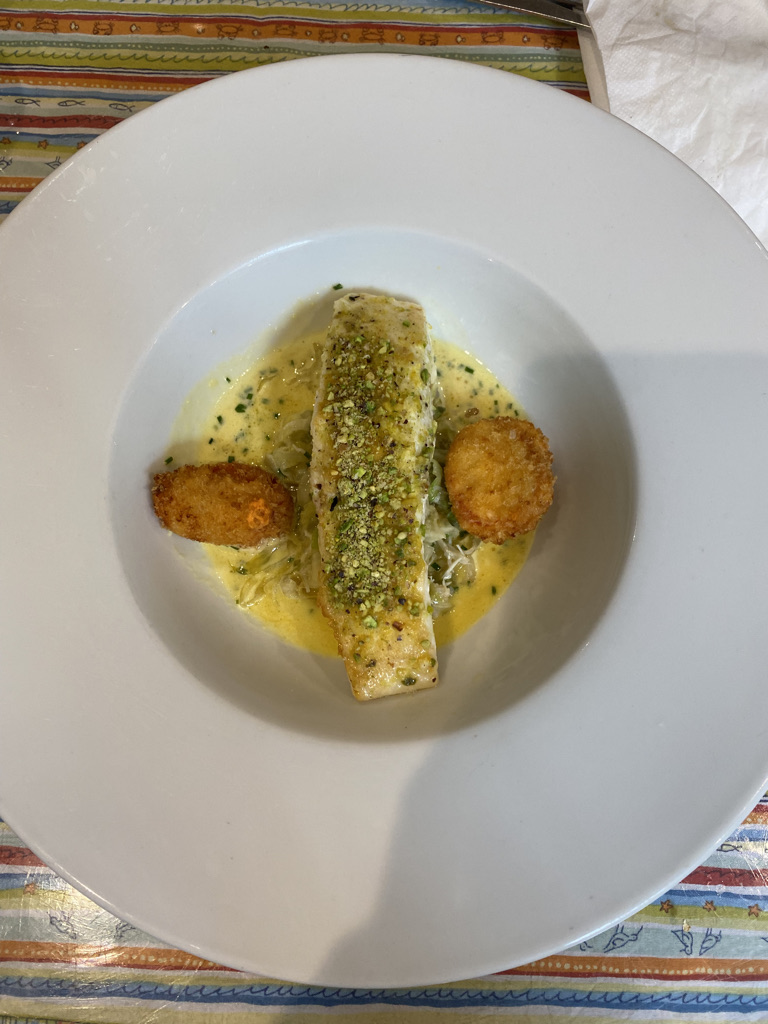 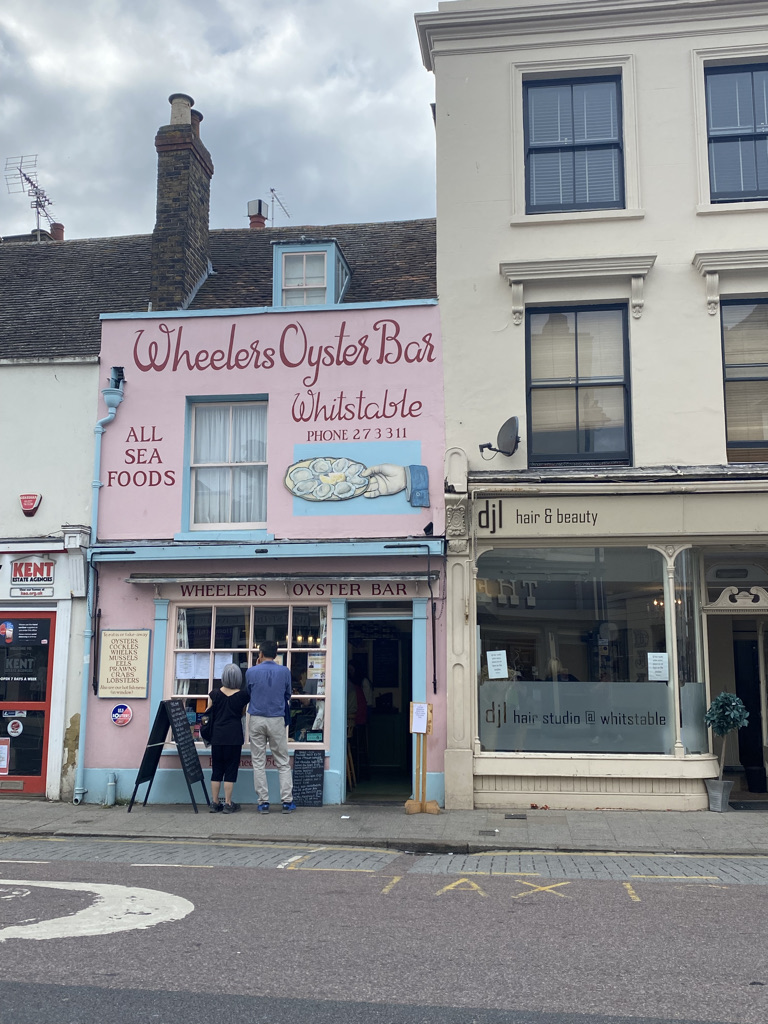 Oldest restaurant in Whitstable with a small back room for dining. You need a reservation to eat in the restaurant, but can always do take-away if you are keen to try the oysters. One thing to know about dining here is the room is small with no windows.

Whitstable is known for its oysters so another spot to try some of the local cuisine.