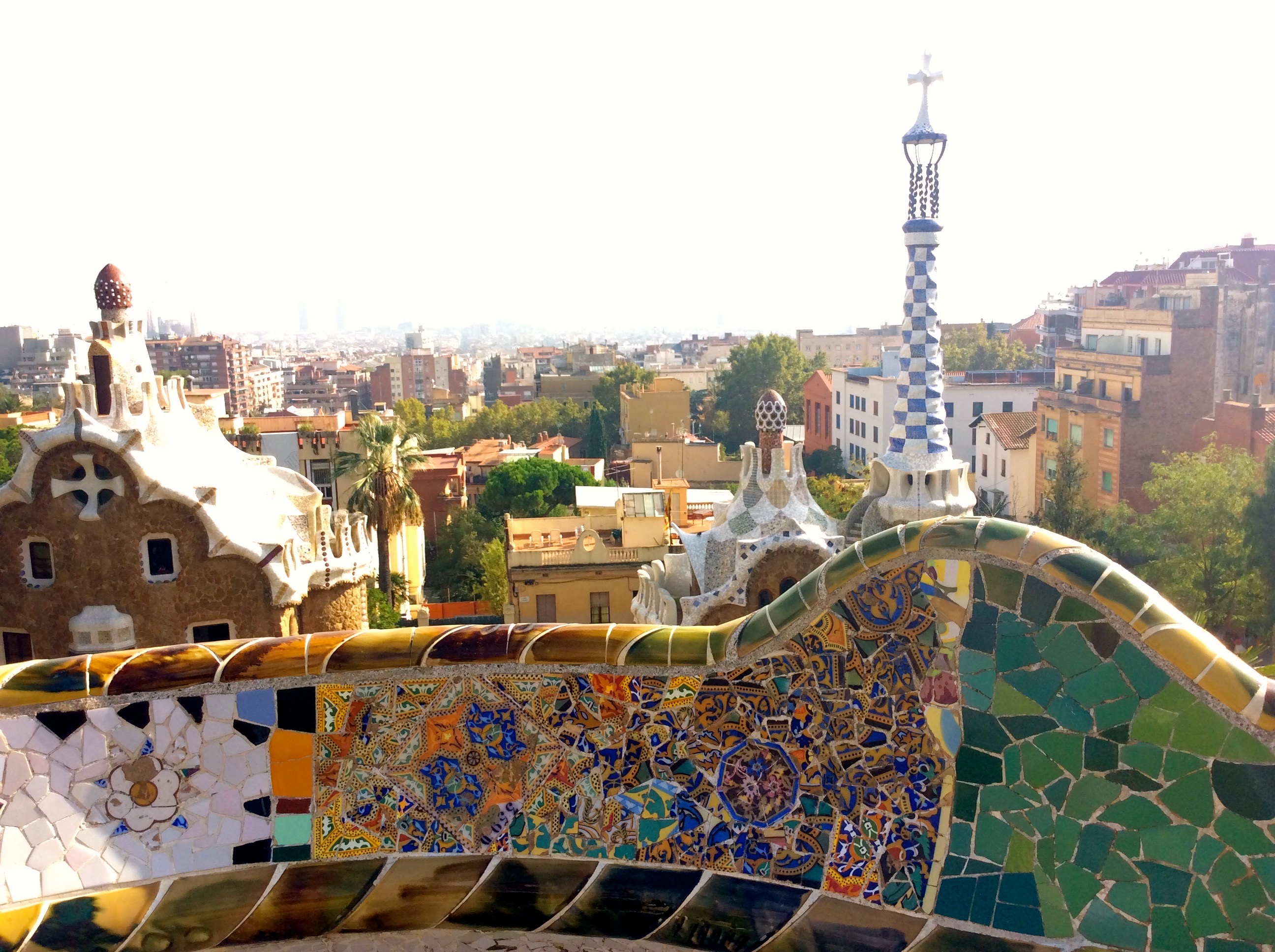 The Barcelona airport is a fairly decent size. We took a flight in from Florence on Vueling, a Spanish airline, and also flew from Barcelona down to Sevilla.

Barcelona is very big and the main sites aren’t very close together. Thus, the metro is the best way to get between places. It’s pretty easy to figure out but it stops running at midnight so to go out, you have to depend on taxis. Fortunately these are reasonably priced. You can walk a lot to explore the city, but some things are impractical to walk between. For those, you have the metro. You may want to consider buying a 10 ride pass if you’re planning on using it a fair amount or with a group because the same ticket can then be used for multiple people (i.e. If there are 5 of you, you can each get 2 rides out of the 10 ride pass).

In Barcelona, the key areas to be are Old City, Harbor/Barceloneta, Eixample, and Montjuic. Other nice neighborhoods to explore are Gracia, the Gothic Quarter, and Raval. Stay in one of the main areas and utilize the metro to get around! 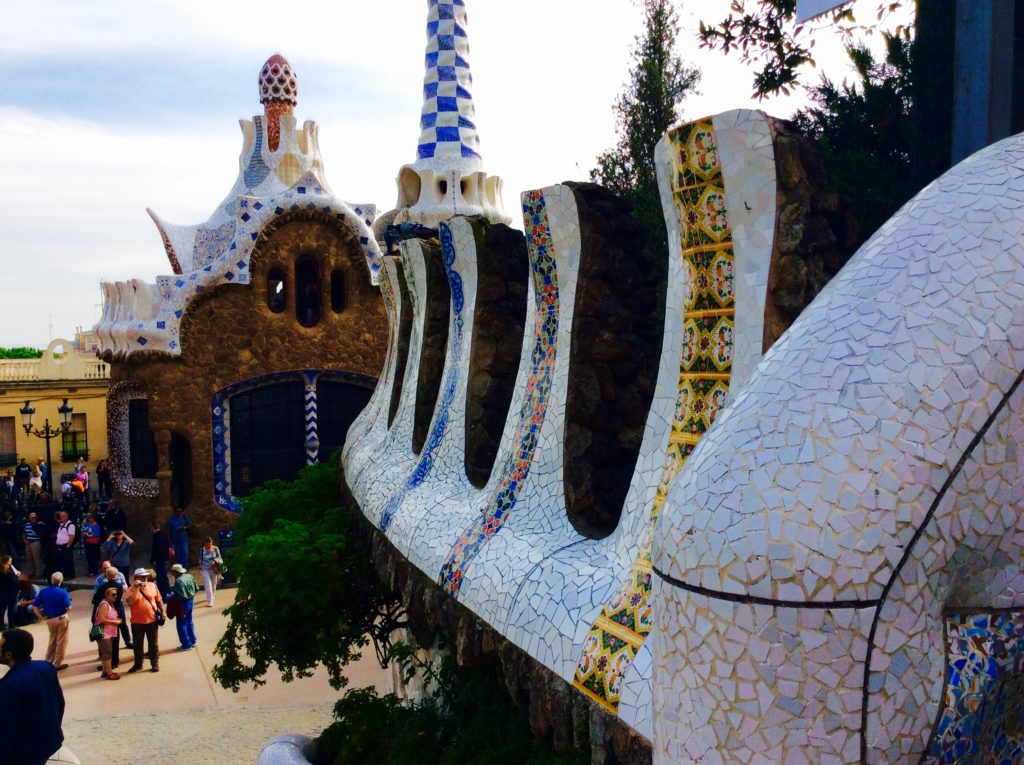 This is Gaudi’s church that was started around 1882 and is supposed to be finished around 2026. Reserve these tickets in advance. We paid 17.50 to go in the church and climb the tower but the towers were closed the day we went due to rain so we were reimbursed.

This is where Gaudi’s famous benches are, and the famous salamander. Reserve this in advance, only costs 7 euro to go in the observation area but you have to make sure to be on time and not miss your time slot.

This is a large market on Las Ramblas, where there is tons of fruit, meats, candy, nuts and other things. Most walk through and get some snacks.

Another one of Barcelona’s busy streets, this one is filled with lots of shops and there are great places to eat near this street

Occurs near Plaza Mayor and there is a light and music show put on with the fountain at night. Make sure to look up the time and day when this occurs based on the season.

Area in Barcelona. We took the metro to a cable car and took the cable car up the mountain. We went inside the fort up there and had a great view over Barcelona.

Located in the gothic district. It’s not very big but worth a quick stop inside. It is free for students

If it’s nice, definitely hit it up, just be extra careful with your stuff, pickpocketers are everywhere. Even if it’s not warm enough for a beach day, consider just checking it out and walking along it.

This is in the gothic district. We didn’t go inside but the outside is very nice!

Nice area to just wander through 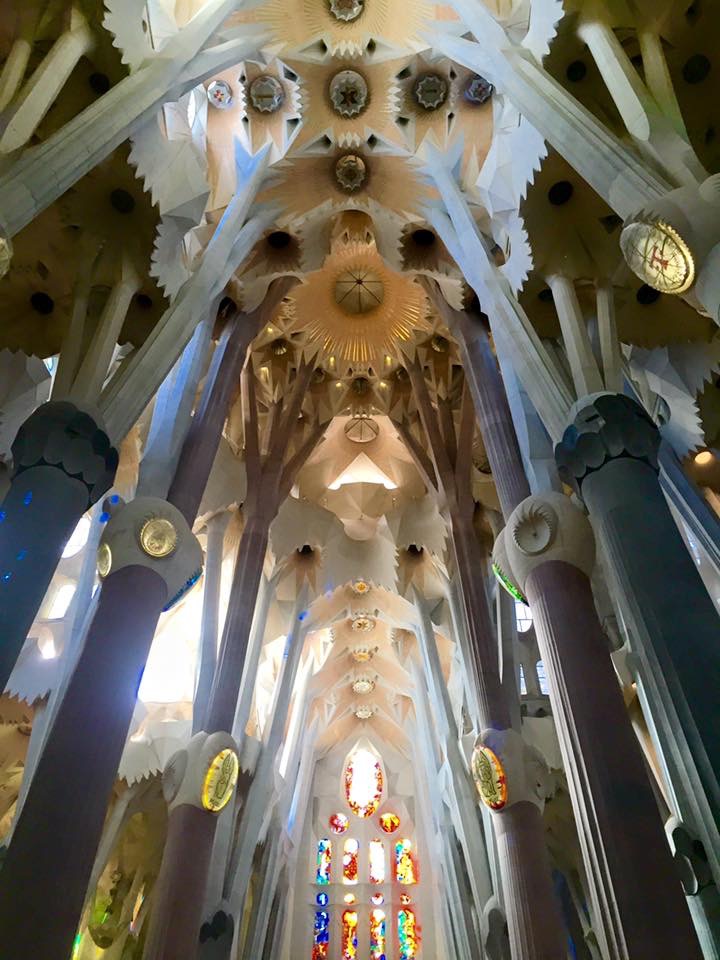 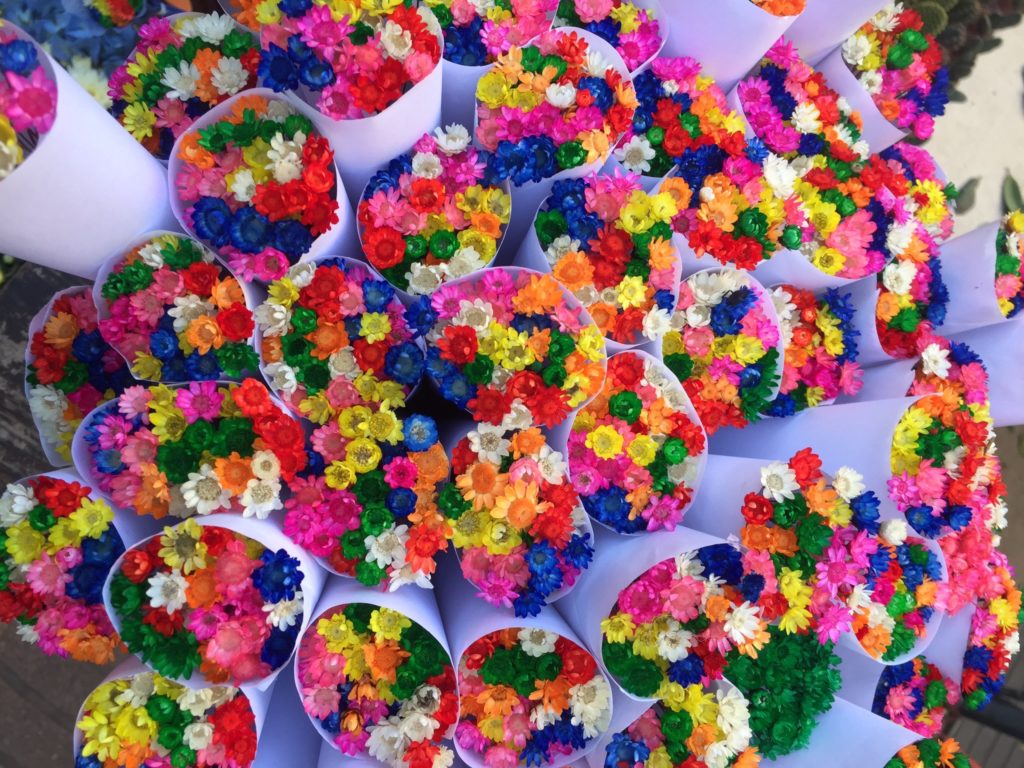 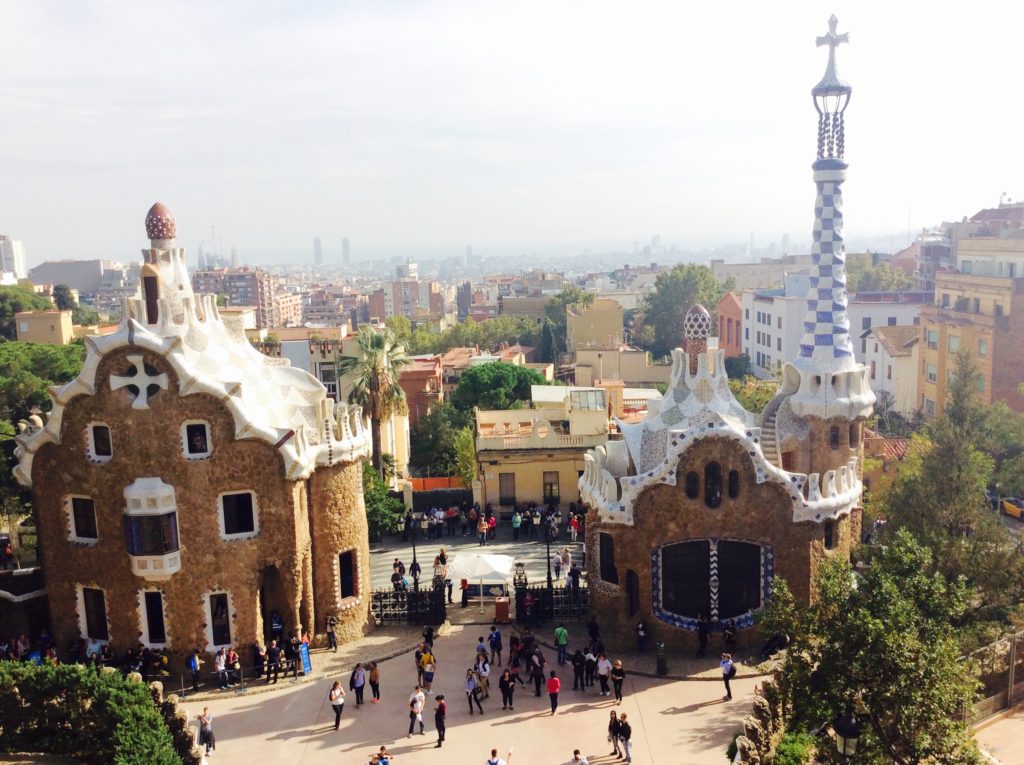 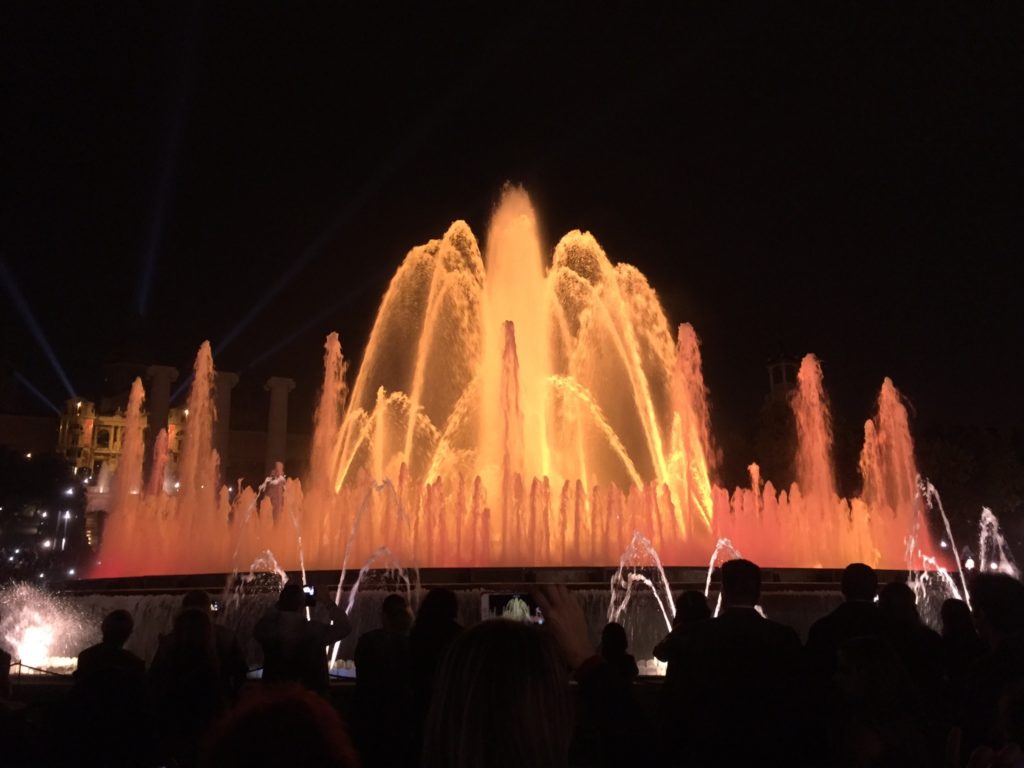 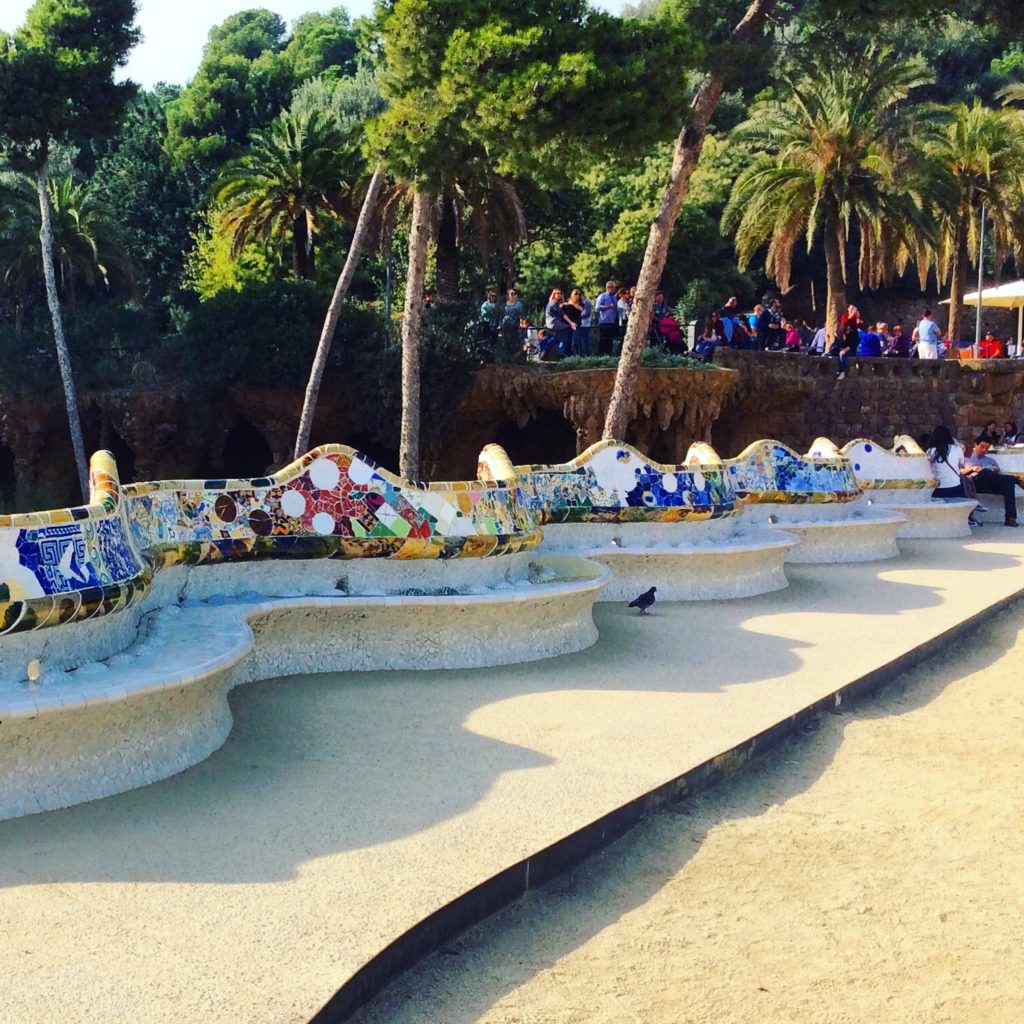 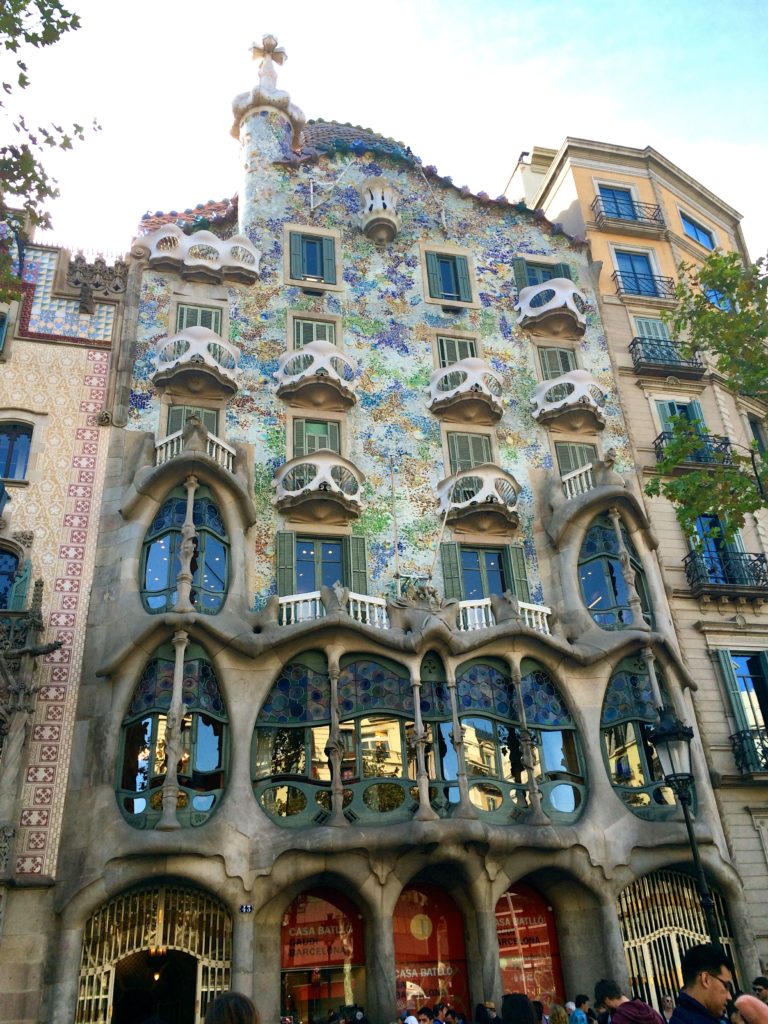 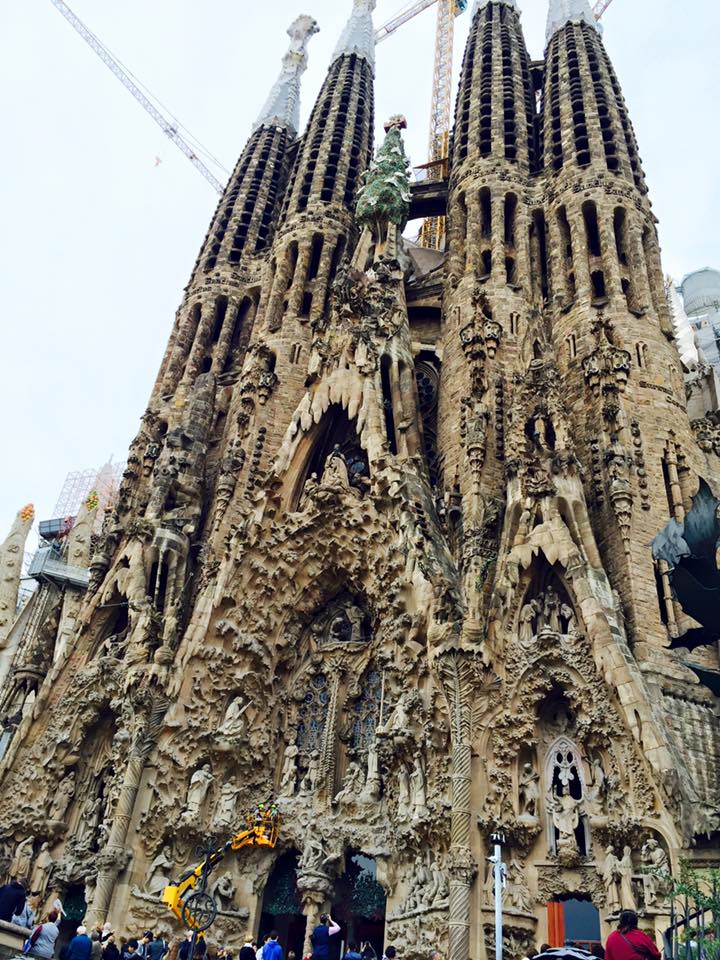 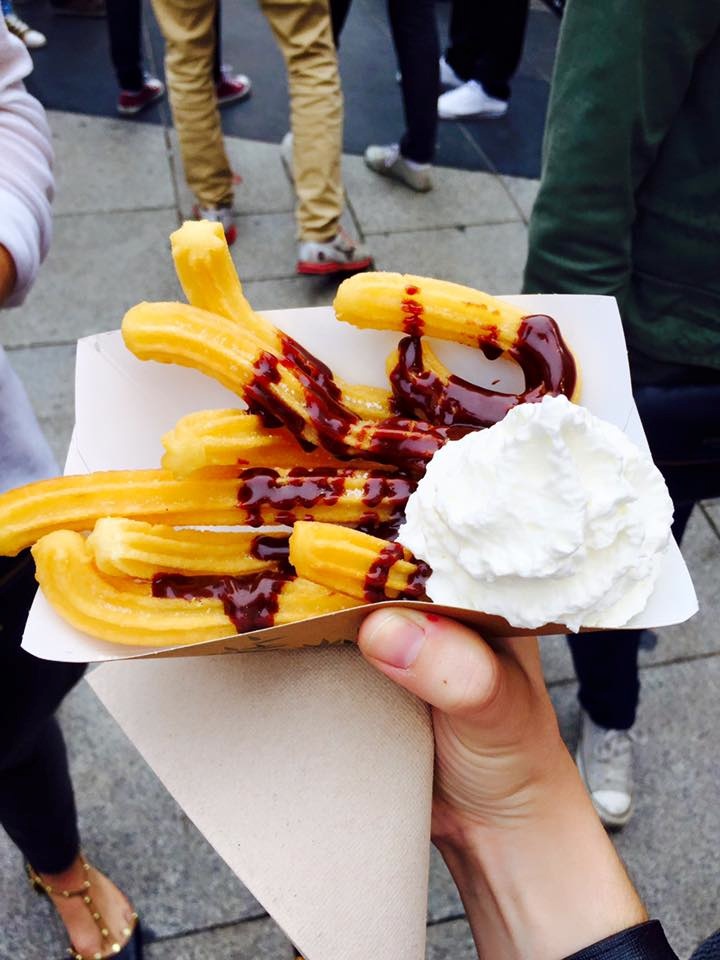 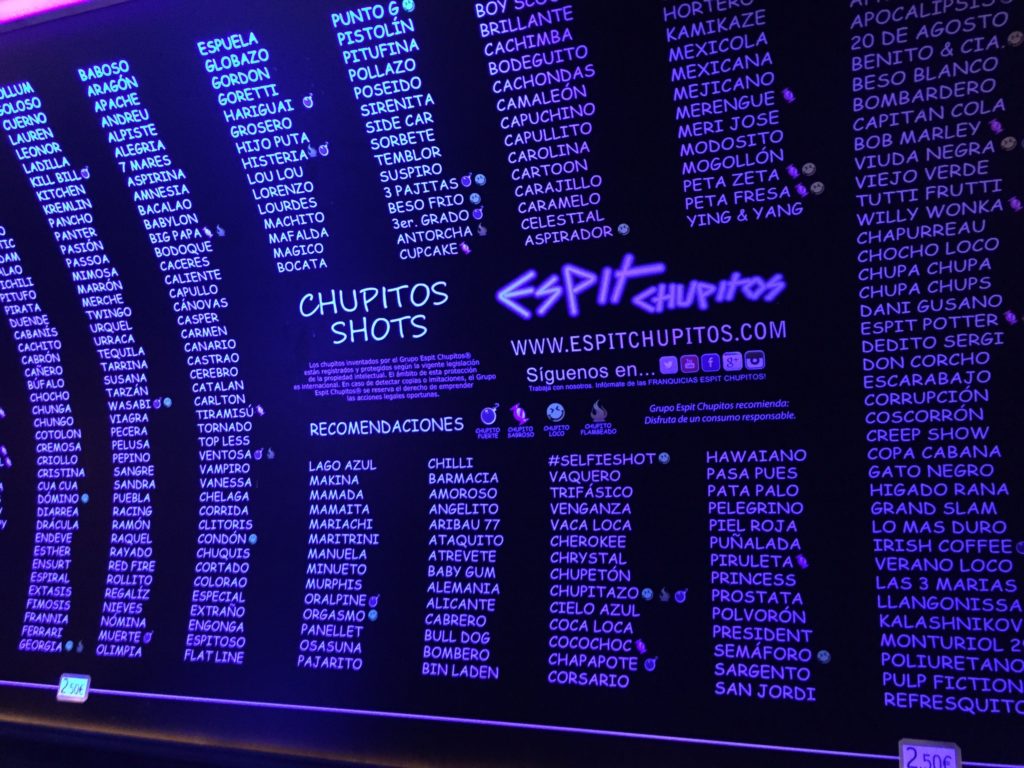 Make sure to go out for an authentic tapas meal! If you’re with a group, have a few people order a 2-3 dishes that look goods and share them all. Then just order more of the ones that were good! Also try out some Churros con Chocolate

Mexican food if you need a change

Experience the nightlife: be ready for a long night. Barcelona just starts everything later. They sleep later, eat later (normal to have dinner at 10:30/11) and then go out later. You will likely not go to a bar until 12 and a club until 2 or 2:30, and from there, the time you leave is completely on you.

This is the big beach bar everyone talks about. It’s not as big inside as you’d expect, but it’s very cool and fun. I loved that it was on the beach. Be careful here, you can very easily get pickpocketed and the crowd can get sketchy. We found that it felt more like people visiting or studying there though.

A club on the top of the W hotel. This was more upscale and the crowd was older. But there is an awesome view of the beach and Barcelona

Another beach club, right next to opium but smaller

This is a really cool bar. It was run like the stock market so if a certain type of drink was bought a lot (demand for it was high), then the price went up. At some points the stock market would crash and everyone would race to the bar for cheap drinks.

This is a shot bar. The shots are 2.50 and definitely don’t have much alcohol but the shots are fun and cool. I did one called the Boy Scout where you roast a marshmallow, then stick it in your shot and then take the shot. I also did one where you light your finger on fire and eat the fire and the take the shot!

Be careful of pickpocketers. If you’re going to Barcelona, you probably already know that it is the pickpocketing capital of the world, but they’re not kidding. You have to have your guard up all the time, especially when in very touristy areas and out at night. I got my phone stolen, over 100 euros and my license and I like to think I’m fairly cautious.

Luggage storage: if you’re in a situation where you need to store your luggage somewhere during the day, we used the luggage lockers near Plaza Catalunya at a place called LockerBarcelona. It was very easy, cheap and worth it.