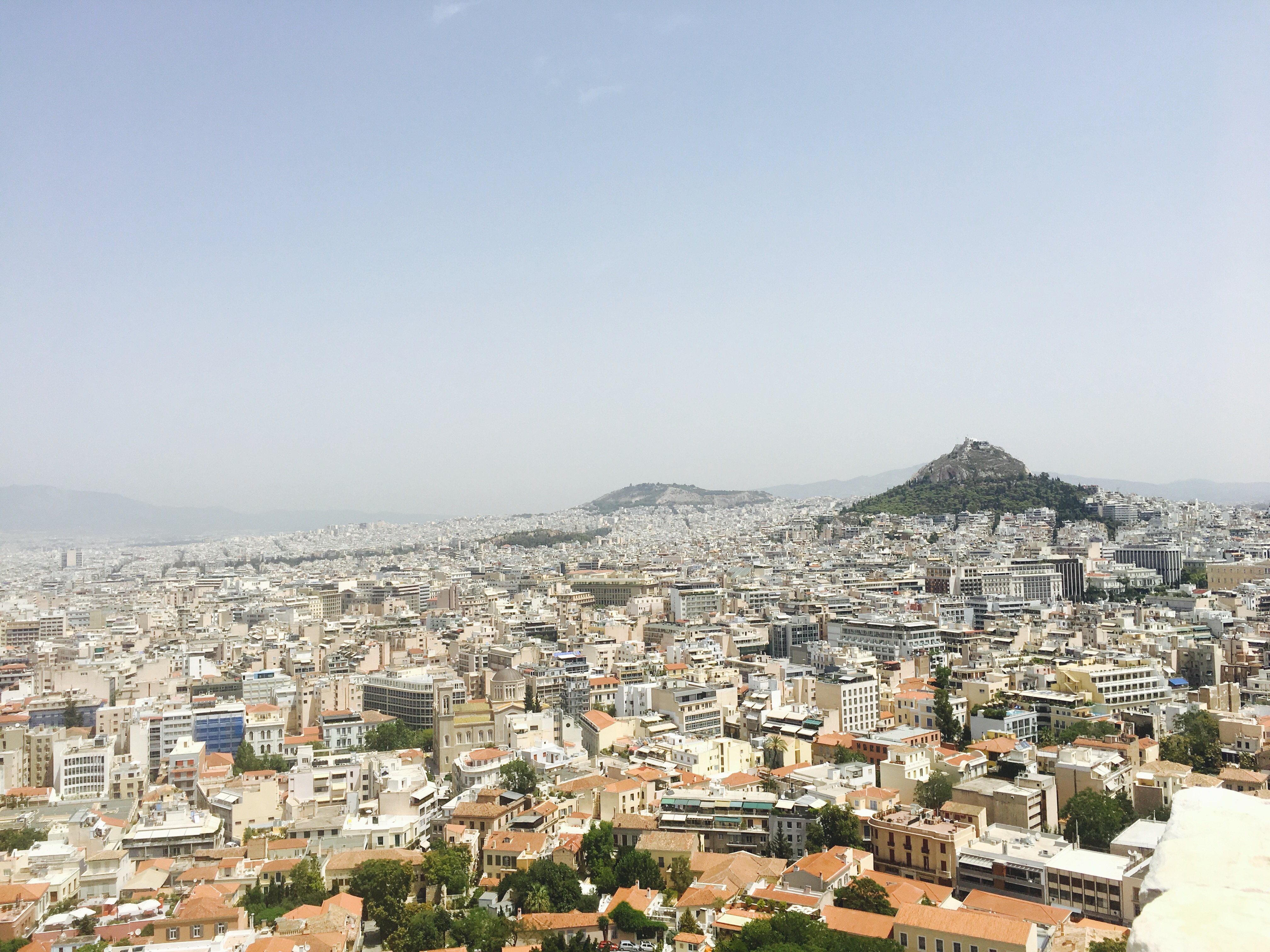 A day in Athens

We arrived in Athens by plane and had a car transfer to our hotel (just a cab that was waiting for us). We dropped off our bags at our hotel and then went out to explore Athens. It was very hot so we opted to wear workout clothes and this was the best decision we could’ve made! It would’ve been incredibly uncomfortable to be wearing normal clothes and sweating. A lot of the sites require you to go up and down hills so you’ll be walking a fair amount. You can utilize cabs as needed, or the Hop on Hop Off bus tours which takes you to the main locations, but we opted to walk everywhere, which worked fine for us. I love getting to know a city by foot if possible!

We started by walking through Plaka briefly and then heading uphill to the Acropolis, where we waited in line to buy tickets. We checked out Mars Hill while we were waiting as it is right next to the ticket office. Then we ascended and saw the sites of the Acropolis.

After we finished up there, we walked down and headed towards the Ancient Agora. On our way down, we stopped at the Roman Agora and Hadrian’s Library to walk through both of those areas briefly. We continued by walking through Monastiraki and approached the Ancient Agora. There looked to be another entrance a lot closer to the Acropolis, but this area was closed and that is why we were able to go to the Roman Agora and Hadrian’s Library on our way to the other entrance. We walked around the Ancient Agora and then headed back to Plaka where we grabbed a bite to eat.

After lunch, we headed towards the Temple of Olympian Zeus and Arch of Hadrian/Hadrian’s Gate. From there we walked to the Panathenaic Stadium; up until this point, everything we saw was included on our Combo ticket. Thus, we only had to buy an additional ticket at the Stadium (5 euros/person, or 2.5 euros if you had a valid student ID). At this point, we were tired so we walked through the National Garden back to our hotel and took a break.

Then we grabbed a quick dinner before walking to Mount Lycabettus and climbing to the top with nice views along the way. We arrived a bit before sunset, but it was way too crowded for our liking (end of July norm because high season).

After sunset, we headed back towards our hotel, stopping in Syntagma Square and for Gelato at La Greche (best places in Athens) which was delicious. Then we went to the rooftop bar at the Electra Metropolis Hotel, which had a gorgeous view looking at the Parthenon. 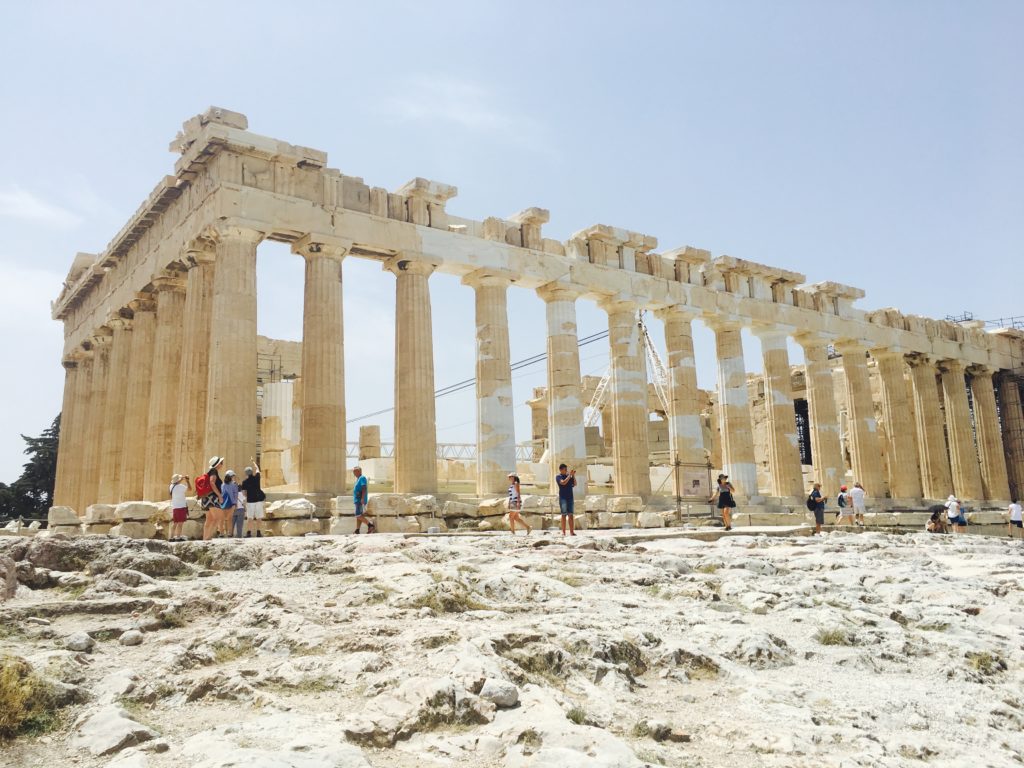 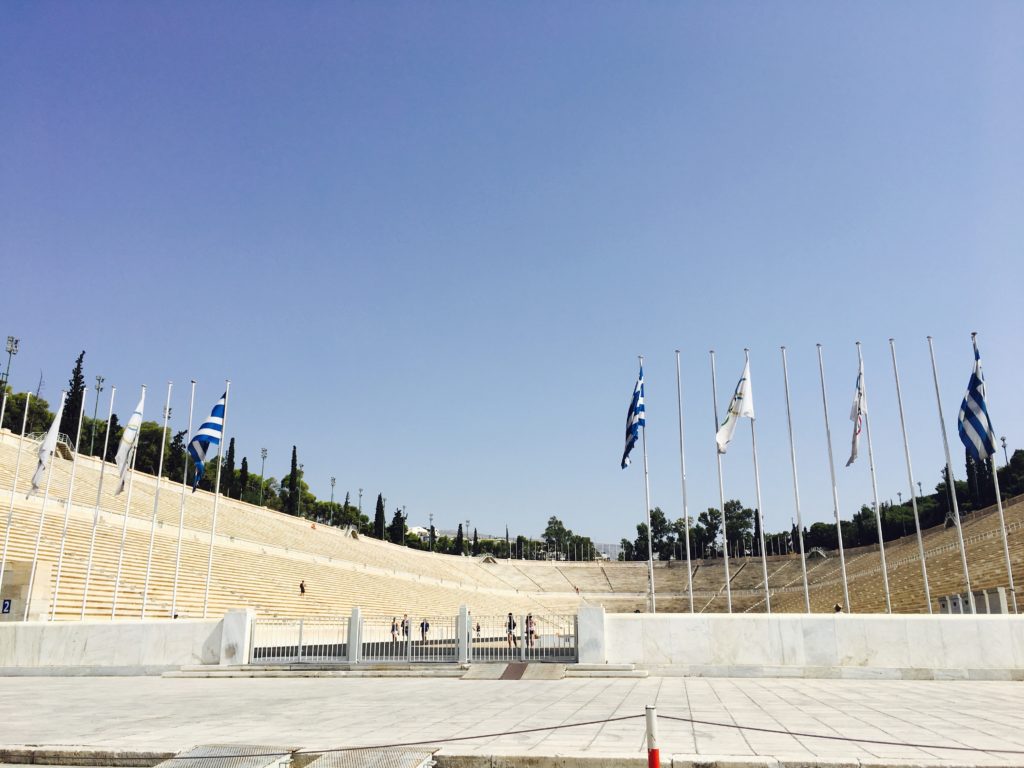